Dewitt holds off Lloyd for NLMS win at Waycross 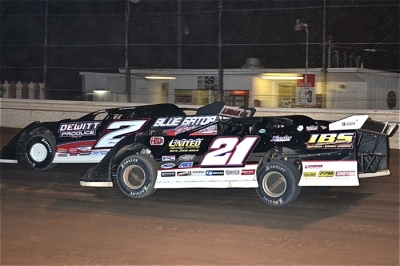 Starting from the outside pole, Dewitt built a large lead early in the 50-lapper, but heavy traffic allowed Lloyd to close late in the race. A caution with two laps remaining gave Lloyd one final shot at the leader, but Lloyd pushed high after pulling alongside Dewitt in turn one on the final lap.

Dewitt pulled away to the victory while Lloyd settled for the runner-up finish with Darrell Padgett of Clay Hill, Fla., third. Jacksonville, Fla., drivers Brandon Cameron of and Donnie Chappell finished fourth and fifth respectively.