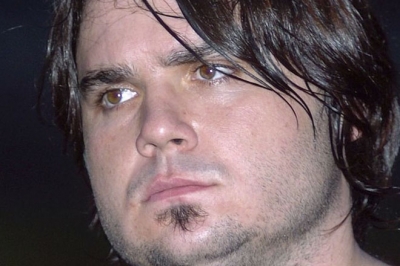 The World of Outlaws Late Model Series returns to North Alabama Speedway for the first time in five years on Friday for a 50-lap showdown, and Hollingsworth, a 27-year-old talent from Northport, Ala., has visions of a career-boosting $10,000 triumph dancing through his head. | VideoCast interview with Hollingsworth

“It would mean a lot to win the thing,” said Hollingsworth, who will bid April 27 to become the first driver from Alabama to capture a WoO checkered flag. “Anytime you race the caliber of cars that are at an Outlaw show you gotta have everything go your way (to win), but I feel like we have all the right pieces in place. If we hit everything just right — and get a little bit of luck — we have a shot to be real competitive and maybe even contend for a win.”

Hollingsworth was dominant last Friday, setting fast time and leading the entire feature distance from the pole position. It was a rewarding evening for the young hard charger, who had his new Barry Wright-built car turning laps near the track record despite running a mandated harder spec tire.

“That was our third time to hit the track with our new car and we’re learning each time we unload,” said Hollingsworth, who has won three times at three different tracks in the last four weeks. “We went around there pretty good (on Friday), so we’ll see what happens this week. The field of cars was nothing like it’s gonna be this weekend, but our car felt pretty good so we’re excited. It’ll be interesting to see what happens when we’re able to bolt on open tires (any compound) for the Outlaw show.”

Hollingsworth, who lives two-and-a-half hours south of the track, has raced at the track enough times over the past decade to feel confident in his ability to read its clay surface. He liked what he saw there on Friday.

“If they get the track prep like they did (on Friday), I think it’ll make for a heckuva race,” said Hollingsworth, who owns a handful of career victories at North Alabama, including a $4,000 score in a special event last September. “Usually it’s a place where you can start in the back and race up through there if you have a good car. There should be a lot of side-by-side racing, but it’s a small track with long straightaways and tight corners so there’s probably gonna be a little bit of sheet metal bent up by the end of the night.”

Hollingsworth has entered 14 WoO LMS events since 2006 and qualified for seven main events, with a career-best finish of 12th in the 2011 USA Nationals 100 at Cedar Lake Speedway in New Richmond, Wis. He competed in the only previous WoO LMS event at North Alabama, on March 25, 2007, and finished 21st.