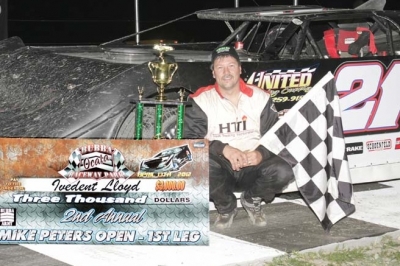 OCALA, Fla. (April 13) — Hometown driver Ivedent Lloyd Jr. lapped up to 11th place on Friday at Bubba Raceway Park in racing to a victory on the United Dirt Late Model Challenge Serires. Lloyd earned $3,000 for his victory in the first half of the Mike Peters Open weekend. | Slideshow

Lloyd was the only driver to crack the 16-second mark in time trials and raced to his series-leading 14th victory.