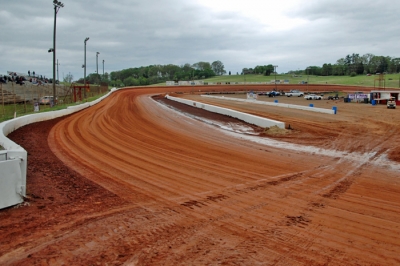 Saturday's Southern All Star race at historic Smoky Mountain Speedway in Maryville, Tenn., marks the opener for a full-season campaign unlike any other at the 4/10-mile track going back to its opening in 1964.

The track just south of Knoxville has a long history of racing in east Tennessee. Dating back to when the track was one-half mile in its beginning, Smoky Mountain has hosted everything from NASCAR Grand National Series to World of Outlaws Late Model Series to AMA bikes.

After kicking off 2011 with three new owners — Larry Garner, Stanley Best and Roger Sellers — optimism was high for the track that had reopened in 2007 under Kevin Coffey. The new ownership group quickly found out that a new racing surface, new paint, and new buildings wasn't enough to draw fans and drivers. Attendance and car counts were low for weekly events and a springtime decision was made to temporarily close down and regroup.

“The first two months we were open last year were tough,” Sellers said. “Weather hurt us some. The road heading to the racetrack was closed and that didn’t help any. And we found out the hard way that it’s hard to build up a weekly program when so many drivers of the past few years, that supported the track, have quit racing because they lost their job or don’t have the extra money to race on.”

The group brought in Chris Corum to promote the racetrack, reopening in June with a Southern All Star race that attracted a large crowd.

“There were cars lined up to the road trying to get in,” Sellers recalled. “It’s been a long time since anything like this happened, probably going back to the NASCAR days.”

Smoky Mountain finished out the season running occasionally special events with modest success, and promoters are looking to build on that in 2012 with its special-event schedule.

“We realized last year there may never be weekly racing here again,” Sellers said. “If the economy gets back to where it was and people decide to get back into racing and new people build race cars, we might get back to that someday.”

There are some changes for 2012. Corum has moved on to take a similar position with Crossville (Tenn.) Raceway.

“Chris did a great job for us,” Sellers said. “But with us only running 12 races this year, Chris wanted something where he’d be doing something every week.”

Sellers’ daughter, Casey Moses, has taken over the promoting and marketing duties. She was involved with marketing of the track last year.

“Casey has taken over the advertising and overall promoting of the track,” Sellers said. “She’s become really good at it. She has some good sponsors lined up for us this year. She’s been working the phones, calling folks and telling them about all the packages we offer.”

“Mitch has a really good program going on at 411,” Sellers stated. “But he knows if racing in this area is going to be successful that it’s going to take some kind of partnership to keep it healthy and strong.”

“Mitch is actually the one that contacted us, I believe he called Casey and said he’d like for us to work together this year. So credit Mitch for the idea, he didn’t have to do that. Mitch and I feel this is just the beginning of a great relationship.”

“We’d love to have a crowd like this,” Garner said April 7 at Cleveland (Tenn.) Speedway, which drew a big crowd and good car count for its opener. “We’ve been putting a lot of time into the track surface. We have our new pit concessions building almost finished too and it will be ready Saturday. The biggest thing is people need to know we are committed to this.”