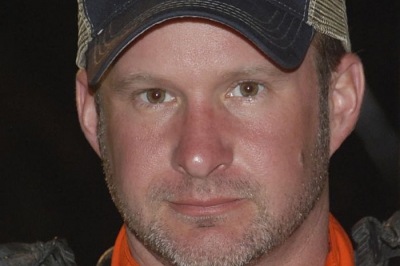 After losing last year’s Ultimate Super Late Model Series championship by one point, Casey Roberts is ready to start a new season on the regional tour and attempt to rebound from his near-miss heartbreak. But that doesn’t mean the Toccoa, Ga., driver is looking forward to the tour’s season-opening Georgia doubleheader this weekend at Boyd’s Speedway in Ringgold and North Georgia Speedway in Chatsworth.

It’s not that Roberts isn’t ready to make another run at the tour’s $15,000 title; he just isn’t much of a fan of either of the two tracks the tour visits this weekend. They are after all, where he experienced two of his least favorite racing memories.

“Those aren’t exactly the ideal places we’d like to start this deal,” Roberts said of the two tracks located less than hour apart in the northwest corner of Georgia. “We just don’t seem to have a whole lot of luck when we head that direction.”

Along with his poor luck at Boyd’s and North Georgia, Roberts has very little experience at either of the third-mile ovals, both of which are new to the Ultimate schedule this season. He’s made a handful of starts at North Georgia — none in the past two seasons — and has only made a few laps at Boyd’s during a test session in 2010.

The test session at Boyd’s did more harm than good when the throttle on Roberts’ race car hung during his second run on the track, sending him head on into the wall. He wasn’t injured in the wreck, but his brand new Victory Circle Chassis was totaled.

“We were there for a shock test and probably didn’t even make 10 laps,” Roberts recalled of the ill-fated day at Boyd’s. “The throttle hung wide open and we destroyed a brand new car. Needless to say I’m not too fond of that place there.”

Roberts has never destroyed a race car at North Georgia, but it’s not among his favorite tracks either, mainly because of an accident during a 2007 race at the track that sent Roberts to the emergency room for stiches to a gash on his hand.

“We’ve had our share of bad luck at North Georgia, too,” said Roberts, who wasn’t seriously injured in the wreck. “We’ve at least raced there a few times and had some decent finishes, but that one night we had something break on the right-front, ended up hitting the wall and wound up in the hospital.

“When you have bad luck like that it can kinda make you skittish about going back. But I don’t know, I guess the only way to shake that is to go back. Hopefully we’ll have better luck at both tracks this trip.”

Another factor in Roberts’ attitude toward competing at Boyd’s and North Georgia is the size and surface of the two tracks. As smaller ovals with usually slick surfaces, both tracks tend to favor spec-engine powered race cars that are allowed to run with weight breaks and larger spoilers. Roberts’ high-horsepower open engines aren’t exactly the right fit in those situations.

Even though he’s fielded his Jimmy and Ann Cushman-owned Capital Race Car in all the events he’s entered this season, Roberts plans to go back to one of the team’s two Victory Circles this weekend. He hopes the Victory Circle — a chassis brand known for performing well in slick track conditions — paired with the smaller of his two engines will produce a winning combination.

“I’m really not sure what to expect this weekend because of the spec deal and the big spoilers,” Roberts said. “Neither track’s really our type of place because we tend to stick to the bigger tracks with our open motor stuff. We’re kinda behind the eight ball to begin with on that, but hopefully the Victory Circle car will work pretty good over there.

“The Capital car has definitely been good to us, but it’s got a 450 (cubic inch engine) in it and we definitely don’t need nothing like that where we’re going.”

After his near-miss in the championship battle last season, Roberts, who finished second to Chris Ferguson of Mount Holly, N.C., in the tour’s final standings, knows how important even early-season races can be in determining the outcome of a year-long points chase.

Whenever Roberts ponders what led to last year’s shortcoming, a race at Gordon Park (Ga.) Speedway in April is the one he replays the most. He was dominating the event before suspension issues ended his run early, resulting in a major hit in the standings.

“With a year like we had last year, you really learn that every race counts,” Roberts said. “We can definitely look back on a few races and see where we missed chances, but that one at Gordon Park, it really hurt us. It put us behind early in the year and we just never could seem to get caught back up.

“It wasn’t just there though. With motor problems and stuff breaking ... it just seemed like bad luck followed us everywhere we went,” added Roberts, who won four consecutive championships on the Southern All Stars East Series prior to last season. “I guess everybody’s due a year like that at some time and the last few years before that we had a lot of good fortune. I just hope we come back with a better year this year.”

Roberts has already enjoyed a solid start to the year in non-Ultimate Series events. Getting the feel of the Capital car his team purchased late last season, Roberts posted a pair of strong runs during February’s Georgia Speedweeks events at Waycross Motor Speedway and Golden Isles Speedway and added a third-place finish in Cherokee Speedway’s $15,000-to-win March Madness on March 3.

One particular outing at Lancaster (S.C.) Speedway’s inaugural Carolina Crown earlier this month has Roberts hopeful that his luck has taken a turn for the better. While leading a heat race for the $20,000-to-win event, Roberts jumped the cushion and tagged the wall. The miscue would have resulted in Roberts losing multiple positions, but he was saved by a caution for an unrelated incident.

Roberts made the most of the second chance, going on to win the heat race and earn the pole for the 75-lap feature, which was later postponed to April 7 after rain hit the track just before the race started.

“This racing stuff takes a lot of luck,” Roberts said. “That deal at Lancaster when we had the caution come out and save us in the heat race kinda makes me feel good because maybe it means we’ve got good luck back on our side. Maybe that means we’ll get some better luck going back (to Boyd’s and North Georgia). I know we could sure use it.”