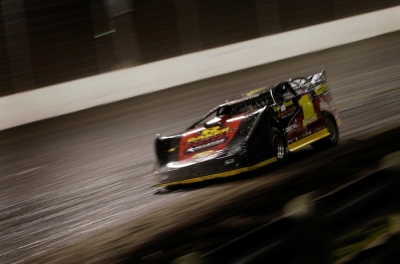 "All wins are special," said the 36-year-old Sullivan, whose first victory at TMS came in 2010. Sullivan said. "Racers talk about wins but it's funny how somebody will remember a win a little more than you. But you never forget them, you always remember it. I've been lucky enough to win two of them here."

Sullivan, who started fifth in the 50-lapper, took the lead from outside front-row starter Will Vaught of Crane, Mo., on the 14th lap and led the rest of the way at the 4/10-mile oval.

Dennie Gieber of Frankston, Texas, who captured his second limited modified victory at the track, was ninth.