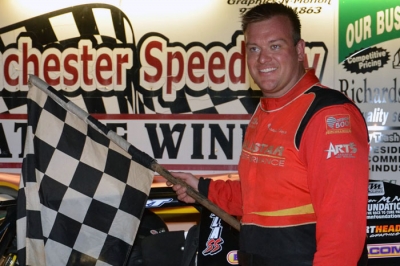 Notes: Kinzer’s GRT Race Car is sponsored by Kinzer Drilling Company, Will Kinzer Foundation for Autism Research and Quality Oil and Gas. ... The victory is the first of the season for Kinzer, who is running a part-time schedule in 2011. ... A clod of dirt flew into the cockpit of Florence, Ala., driver Josh Putnam’s race car, bending the front bars, breaking the front of his helmet. Putnam was disoriented for a few moments, but did not suffer any injuries.