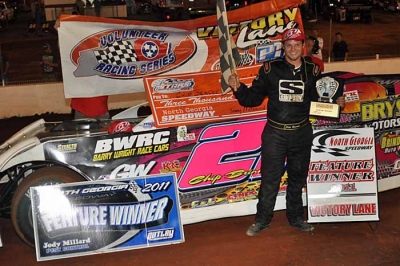 Brindle led all 40 laps at the third-mile racetrack, holding off a hard-charging Billy Ogle Jr. in the final laps as he worked his way through lapped traffic to take the victory in front of his hometown crowd.