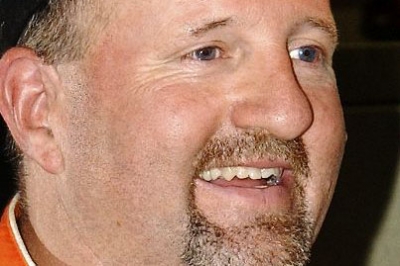 Along with Weeks, of Rutherfordton, N.C., third-place finisher Ross Bailes of Blacksburg, S.C., the night's fast qualifier, and eighth-place finisher Dustin Mitchell of Pine Level, N.C., were removed from the official finishing order for the $4,000-to-win event. All three drivers have appealed the test results, series director Larry Lee said.

The series released an initial statement Wednesday stating that Weeks had been stripped of what would have been his 33rd series victory. The initial release only cited "post race inspections" as the reason for the disqualifications, and Lee refused comment on the lab tests Tuesday.

When reached by phone Wednesday, Weeks confirmed that he had been disqualified based on the test results, but was adamant that he had not illegally altered any of his tires.

“When (Lee) first called me and told me, I thought he was joking,” said Weeks, a five-time series champion. “He said he was serious and I told him there’s no way. Then I found out all three of us tested came back bad. There’s obviously something wrong with this picture.

“It’s just a bad deal for myself and everyone involved with my program, sponsors and everybody. I’ve appealed it and I’m gonna do whatever I’ve gotta do to get this made right. I’ve supported this series for a long time, but something tells me they don’t have their act together on this.”

The series adopted a new tire testing policy for the 2011 season, and the Skyler Trull Memorial was the first event since the rule change. Weeks added that he was well aware of the series's intentions to take tire samples at the race.

“They told us before the season they were gonna be testing tires,” Weeks said. “So why would we show up to the first race with cheated up tires? I’m not that stupid and I don’t think the other guys are either. There’s obviously something wrong with this and they need to get it straightened out.”

While the tests are the first for the series, Lee, who is also involved with the management of the NDRA Crate Late Model Series, says he has experience in the testing process and is confident the results are accurate. Lee did not provide the name of the lab that performed the tests, but said it is "a lab most other series” use.

“I’ve been through this process before and I’m sure the results are right,” Lee said. “We’re not going to do anymore testing or anything like that.”

Lee also said that all three drivers are eligible to compete in Carolina Clash events while the appeal process is ongoing, but more penalties might be in the offing.

“We’re going to look at all the information we have and what the drivers bring to the table,” Lee said. “We feel like we have all our bases covered, but we’re still going through everything. There may be more (penalties) after the appeal. Until then, they’re welcome to come race with us.”

The next Carolina Clash event is a $4,000-to-win race Saturday at Lancaster (S.C.) Motor Speedway.