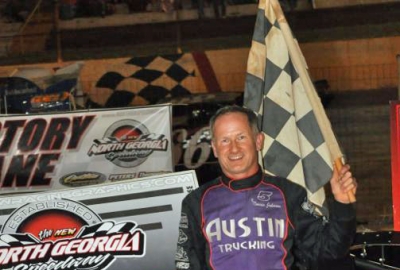 Johnson, who captured his fourth victory of the season on the first-year series, took the lead from Tommy Kerr of Maryville, Tenn., on the sixth lap and never looked back. | Slideshow | Video