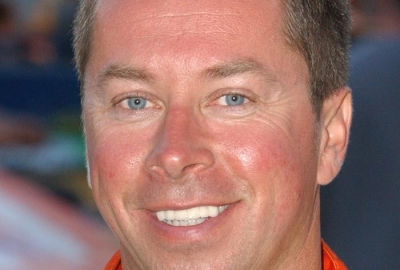 Cedar Lake Speedway has been very, very good to Rick Eckert. His memories of past success at the 3/8-mile oval in New Richmond, Wis., will come flooding back this week when he returns with the World of Outlaws Late Model Series to compete in the track’s 23rd annual USA Nationals presented by U.S. Steel, a $50,000-to-win spectacular that runs from Aug. 5-7. | Complete USA Nationals coverage

Eckert, 42, of York, Pa., hasn’t visited Cedar Lake since 2005 — the last time the USA Nationals was part of the WoO — but he has made eight career starts in the prestigious event. He won the 2002 edition of the race to earn himself a huge payoff of $140,000, a $40,000 check for the 100-lapper plus the $100,000 UDTRA Great Northern Challenge bonus for capturing three of five specified events on that year’s UDTRA tour schedule.

“We’ve made some money at that place,” said Eckert, who also won Cedar’s UDTRA-sanctioned Masters event in June 2002 to put him on track for the Great Northern Challenge bonus. “Hopefully we’ll have the same kind of success when we go back.”

Eckert will be bringing some momentum into this weekend’s action, which features time trials, heat races and a dash on Friday and B-Mains and the 100-lap feature on Saturday, as well as a complete DIRTcar Racing UMP-sanctioned Late Model program on Thursday that boasts a $5,000 top prize. He won his second WoO A-Main of the season in dramatic fashion last Friday night at Attica (Ohio) Raceway Park, coming back from a blown engine during time trials that forced him into a backup car and a mid-race pit stop to change his car’s radiator to take the lead late in the distance.

“I don’t know if one win will get you back,” said Eckert, who has struggled to ring up victories on the WoO since leading the tour in checkered flags in 2006. “But we’re hoping it wasn’t a one-race deal and we can keep running good. Maybe we can build on it.”

This year’s USA Nationals carries presenting sponsorship from the United States Steel Corporation, which will be represented at Cedar Lake by Scott Coleman, a big Dirt Late Model fan who serves as the general manager of the Pittsburgh, Pa.-based company’s Minnesota Ore Operations.

Coleman also has ties to the family of 2009 WoO Rookie of the Year Russ King. Before relocating to the Upper Midwest Coleman lived in eastern Ohio near the King family and frequented Sharon Speedway in Hartford, Ohio, the 3/8-mile oval where Russ, his father Rex Sr. and his younger brother Rex Jr. have run big-block modifieds regularly.

The 21-year-old King will make his first-ever start at Cedar Lake this weekend, one week removed from the best WoO performance of his young career. He won his first heat race on the tour and led laps 1-11 of the 50-lap A-Main last Friday night at Attica, though he settled for a disappointing 13th-place finish after some bad breaks.

King’s storybook run at Attica went downhill on lap 11 when he spun in turn two trying to avoid a lapped car that swerved to miss Mike Knight’s disabled machine. While King restarted in the lead because the caution flag was for Knight, his car’s steering had been knocked off-center and he lost the top spot to Josh Richards when the green flag flew. King hung with Richards until sliding high in turn two on lap 22, and one circuit later he tangled with Matt Miller while battling for fourth and slid off the backstretch to draw a caution flag.

“I feel good because we had a fast car and I’m happy that my dad got to see us run good,” King said of his Attica performance. “But I just feel like I screwed up our best chances to win one of these things (WoO races). It ain’t too often you unload and you’re stuff’s as good as ours was. I’m not afraid to say we had the fastest car (at Attica), if not the second-fastest.”

No current WoO regular has made more USA Nationals starts than Steve Francis of Ashland, Ky., who has qualified for the A-Main 11 times and never finished outside the top 10.

Francis, 42, made his first USA Nationals appearance way back in 1989 when he was a WoO regular during the second year of the tour’s first incarnation under the direction of late WoO sprint car series founder Ted Johnson. A seventh-place finisher in 1989, Francis counts three third-place finishes (2005, 2002, 1998) among his six career top-five runs in the Cedar Lake’s headline event. He hasn’t visited Cedar Lake since 2005.

Last year’s USA Nationals had a definite New York tinge to it thanks to Tim Fuller and Tim McCreadie, a pair of DIRTcar big-block Modified greats-turned-dirt Late Model standouts from Watertown, N.Y. Fuller won the Thursday-night preliminary feature (sanctioned last year by the World Dirt Racing League) and led half of the 100-lapper before finishing second, while McCreadie chased Fuller across the finish line in both events.

The New Yorkers return to Cedar Lake this weekend as WoO regulars. McCreadie, who currently sits third in the points standings in his first season following the tour since he won the title in 2006, will make his fifth USA Nationals appearance; his third-place run last year is his best, but he also placed fourth in 2005 and 2007 (he was 20th in 2008 but was a contender before experiencing bad luck). Fuller, meanwhile, is trying to get back in rhythm after being slowed last month when he underwent an emergency appendectomy; he’ll make his second visit to Cedar Lake.

Defending WoO champion and current points leader Josh Richards of Shinnston, W.Va., has made only USA Nationals start in his young but very successful career, finishing 12th in 2005. ... Other 2010 World of Outlaws regulars with USA Nationals experience include Clint Smith of Senoia, Ga. (four starts, top finish of seventh in 1997); Darrell Lanigan of Union, Ky. (two, 10th in 1995); Shane Clanton of Fayetteville, Ga. (two, ninth in both 2005 and 2004); and Chub Frank of Bear Lake, Pa. (one, 15th in 2005). ... Rick Eckert is among a group of six former USA Nationals winners expected to participate in this weekend’s festivities, joining five-time victor Billy Moyer of Batesville, Ark., Scott Bloomquist of Mooresburg, Tenn. (four-time victor), Brian Birkhofer of Muscatine, Iowa (2007 and 2004 winner), Jimmy Mars of Menomonie, Wis. (2009 and 1996) and Dale McDowell of Chickamauga, Ga. (2005). ... Jason Feger of Bloomington, Ill., will make the USA Nationals his first appearance in a high-profile event since he clinched the 2010 DIRTcar Summernationals championship last month. He will try to improve on his eighth-place finish in his USA Nationals debut last year. ... Other well-known racers expected to enter the USA Nationals include Dennis Erb Jr. of Carpentersville, Ill., who saw his streak of three straight Summernationals titles snapped by Feger; former World 100 and Dream winner Jimmy Owens of Newport, Tenn.; Earl Pearson Jr. of Jacksonville, Fla.; Shannon Babb of Moweaqua, Ill.; Brady Smith of Solon Springs, Wis.; Chris Madden of Gray Court, S.C.; Jeep Van Wormer of Pinconning, Mich.; Dan Schlieper of Sullivan, Wis.; Josh McGuire of Grayson, Ky.; Will Vaught of Crane, Mo.; Adam Hensel of Barron, Wis.; Pat Doar of New Richmond, Wis.; and Chad Simpson of Mount Vernon, Iowa. ... Several drivers also have a chance to receive travel money for making the trip to Cedar Lake thanks to the FansFund, a unique program in which fans donate cash and vote for the drivers they would like to see compete in the USA Nationals. The competitors eligible for the FansFund this year are Brian Harris of Davenport, Iowa, Ronny Lee Hollingsworth of Northport, Ala., Jonathan Davenport of Blairsville, Ga., Chris Ferguson of Mount Holly, N.C., Robbie Blair of Titusville, Pa., Matt Lux of Franklin, Pa., Daren Friedman of Forrest, Ill., and Bub McCool of Vicksburg, Miss.