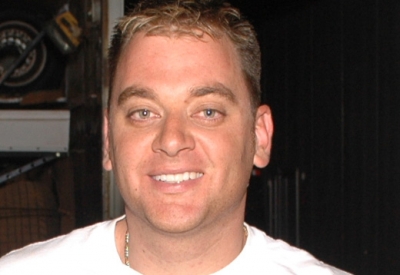 "Everywhere you go, that's what everybody's talking about around here," Ivey said of the tight-knit Dirt Late Model racing community in Upstate South Carolina. "It's just terrible. I guess the biggest part is that he was so young. That was hard."

Seifert, of Spartanburg, S.C., was a regular in Super Late Model and Crate Late Model action around the Carolinas in recent years, piloting entries for well-known car owners including Jack Starrette as well as Mark and Amanda Beaver of Beaver Motorsports.

Sidelined from racing by unexplained back pain in the summer, doctors eventually discovered widespread cancer in his liver, lungs and chest cavity in September, and Seifert died less than a week later after his health deteriorated rapidly.

Leaving his wife Kathie and her daughter Cassie behind, those in the racing community including his former car owners and Ivey, one of Seifert's closest racing friends, rallied to assist the family with fundraisers. A memorial T-shirt that will picture Seifert's cars will be sold at area racetracks soon with proceeds going to Seifert's family. At the Stick Elliott Memorial on Oct. 24 at Cherokee Speedway in Gaffney, S.C., one of Seifert's No. 5 Late Models will be auctioned during another fundraiser.

"Everybody around here pulls together when something like that happens," said fellow racer David Smith of Inman, S.C. "It affected a lot of people. .. at his age, no one was expecting it."

During a recent event at Cherokee Speedway, race cars formerly driven by Seifert rolled onto the 4/10-mile oval during a brief memorial. The track chaplain said a few words and everyone paused to remember the racer who finished fourth in O'Reilly Southern All Star East points in 2006.

"There were a lot of heavy hearts, drivers and fans," said Cherokee promoter Lennie Buff. "We're a small community. Everybody knows everybody. It hit real close to home for all of us.

"It was really unexpected. It was like he was at my track racing a few weeks before that, then all the sudden he was gone. It just kind of caught everybody off guard. Naturally, any time you lose a racer, it's like losing a part of your family."

Ivey was friends with Seifert as long as he can remember, and he laughed during an interview while recalling good times with Seifert. "He was a nut," Ivey said. "He was just a good 'ol dude, a real fun, likable type person."

"It's like losing a brother," said Ivey, who remembers Seifert's encouragement whenever he'd hit the road for a racing trip. "He was always real positive, 'Kick their ass now. You've got 'em, go over there and show 'em.' "

Ivey talked with Seifert frequently, but even more so in recent months after Seifert got into a wreck at Thunder Valley Raceway in Lawndale, N.C., that triggered debilitating back pain. Ivey had gone through his own bout with back problems and comforted Seifert, but after frequent visits to a chiropractor, Seifert became convinced something more was wrong.

"He'd say 'I feel like I'm on fire. I feel like my insides are burning,' " Ivey recalled, and soon Seifert sought further medical attention. An MRI didn't reveal any problems, but eventually a CT scan showed the fatal mass of cancer.

"He didn't last a week," Ivey said. "More or less he just went downhill. Every day he would look worse. ... It was pretty rough."

The threads on Internet forums quickly turned from prayer requests for Seifert's health to prayer and fund-raiser requests for his young family, beset by medical expenses and money lost with Seifert out of work in the previous weeks.

"A lot of people were shocked. He's going to be missed," Buff said. "It makes you open your eyes because you never know when a day might be your last day. We've gotta live while we're here."