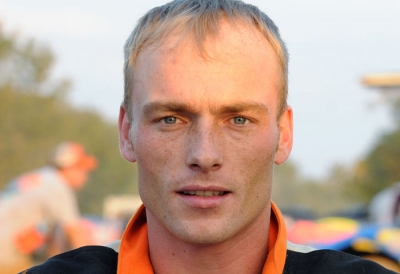 The O'Reilly Battle of the Bluegrass DirtCar Series opens its eighth season of competition with its first of 18 events on Saturday, April 25, at Bluegrass Speedway in Bardstown, Ky. The 12th annual Spring Sizzler pays $3,000 to the winner of the night's main event.

The 30-lap event marks the 151st race in history of the series. Victor Lee of Stanford, Ky., is coming off back-to-back championships on the series in 2007-08.

TALLADEGA READY FOR TWO-TRACK ACTION: While NASCAR fans will focus on Talladega (Ala.) Superspeedway on the upcoming weekend, Dirt Late Model fans will focus on the third-mile oval across the highway where a $5,000-to-win O'Reilly Southern All Star event highlights the weekend action at Talladega Short Track. "The atmosphere at TST is always electric, but when you add in all those folks who are there for the Cup race it is really buzzing," said series director Kelley Carlton. O'Reilly SAS winners last year during the Nextel Cup weekends were Wendell Wallace of Batesville, Ark., and Todd Morrow of Oldfort, Tenn., who is fourth in series points. Two-time series champion Chris Madden of Gray Court, S.C., leads the series by 10 points over Ronny Lee Hollingsworth of Northport, Ala. Drivers expected at TST include former series champions Clint Smith of Senoia, Ga., and Ronnie Johnson of Chattanooga, Tenn., along with local standouts Terry Smith, Ross Martin, Danny Peoples and Tim Busha, who has three straight regular-season victories at TST. — From series reports

GREEN VALLEY USHERS IN TALLADEGA ACTION: Not to be left behind, Green Valley Speedway near Gadsden, Ala., plans a Thursday night Super Late Model special before the action gets rolling at Talladega. The Road to Dega event pays $2,500 to win for Super Late Models with Crate Late Models also in action. Ray Cook of Brasstown, Ky., won last year's pre-Talladega event. — Steve Hixson

FERGUSON'S BLAZING TRACK RECORD AT TOCCOA: Chris Ferguson of Mount Holly, N.C., dazzled fans April 18 with his track record at Toccoa (Ga.) Speedway in O'Reilly SAS action. Ferguson lowered the 6-year-old mark by more than two-tenths of second, posting a lap of 11.746 seconds. "I was almost able to not lift on the last lap and the car just turned so well," Ferguson said. "We were just rolling. It is neat to have another track record to our names." — Kelley Carlton

CLASH FINALE SET FOR 311: The finale on the 2009 Carolina Clash Super Late Model Series, initially listed as TBA, is now set for Oct. 23-24 at 311 Fastrack in Madison, N.C. The track is considering whether to run a pair of $5,000-to-win events or a two-day, $10,000-to-win event that mark the richest event in series history. Race details will be announced later. — Gene Roberts

COTTON PICKIN' 100 CHANGES DATES: The Cotton Pickin' 100, one of Mississippi's richest Dirt Late Model events, has moved from its regularly mid-October date to the last weekend of the month. The $15,000-to-win event is scheduled for Oct. 30-31 at Magnolia Motor Speedway near Columbus, Miss. The new date at the Johnny Stokes-promoted track will help the event avoid conflicts with other major events. — Tim O'Brien

O'REILLY SAS EAST BOASTS THREE ROOKIES: Three drivers have announced their intentions to run for the Cruise With the Champions Rookie of the Year crown on the O'Reilly Southern All Star East Series in 2009. The current rookie leader is Zach Cox of Lumberton, N.C., a 24-year-old in his ninth season of Late Model racing. Also in the rookie chase is Colby Cannon, a 22-year-old from Greenwood, S.C., who won last year's Late Model championship at Laurens County Speedway in Laurens, S.C. The third candidate is 25-year-old Anthony Sanders, a second-year Late Model driver from Spartanburg, S.C. He served as crew chief for several years for his uncle Doug Sanders. — Kelley Carlton

ODDS AND ENDS: The United Dirt Late Model Challenge Series has cancelled its July event at Deep South Speedway in Loxley, Ala. ... The O'Reilly Southern Nationals have rounded out the schedule for the July 13-25 series by adding a July 24 event at Volunteer Speedway in Bulls Gap, Tenn. The race will pay $5,300 to the winner.