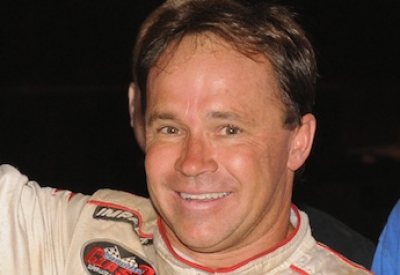 Dirt racer Ed Gibbons of Manning, S.C., the 2001 Carolina Clash Super Late Model Series champion and one of South Carolina's Dirt Late Model standouts, died Feb. 1 in a traffic accident near his hometown. He was 46.

Gibbons died early Sunday morning when he lost control of his pickup truck and was partially ejected from the vehicle on Wash Davis Road, according to local news reports. He was pronounced dead at the scene, according to the Clarendon County coroner. Police are investigating.

"He was one of the most popular drivers in the Carolinas and Georgia on the dirt-track circuit," Carolina Clash publicist Larry Long told The (Sumter, S.C.) Item. "He's going to be missed not only by his boys and his family, but by the entire Southeastern dirt-track racing community."

Gibbons established himself among Dirt Late Model racing's top drivers in the wedge-car era of the early 1980s, capturing Concord (N.C.) Motor Speedway's Big 10 championship in 1986 and earning paydays of as high as $20,000. The driver of the No. 07 captured multiple track championships and hundreds of career races, including three on the Hav-A-Tampa Dirt Racing Series and one with the Short Track Auto Racing Stars.

While tending to business at Clarendon Auto Parts kept him busy the past dozen years, he won two of 18 races en route to the 2001 Carolina Clash championship and was a semi-regular on the series. He racked up seven career series victory, including the richest-ever series event in the 2008 season finale. Gibbons earned $9,000 for the third annual Clash Bash on Oct. 4 at Fayetteville (N.C.) Motor Speedway.