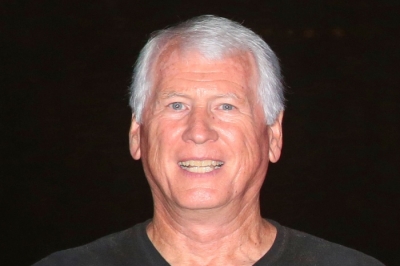 An engine builder entrenched in drag racing determined to forge his own path in Dirt Late Model racing. Thanks to his never-tiring commitment and the relationships he built with some of the sport’s best drivers, that’s exactly what Jim Kuntz did. Along the way, the Arkadelphia, Ark., engine master turned his Kuntz & Co. brand into a formidable power in both regional and national competition, all while never letting loose of his drag car roots. | Slideshow | DirtWire

“I probably wasn’t the longest associate to work with Jim. Bill Frye worked with him a long time,” said Al Humphrey, the longtime Nebraska team owner. “The drag race people I do not know, but he had a lot of drag race people. I know they won a lot of championships with Jim’s stuff. He always wanted to get hooked up with a top-tier Late Model team. His engines have won races all across the nation.”

Kuntz, who died May 15 at age 71 after suffering a brain aneurysm a day earlier that left him on life support in an Arkansas hospital, was fondly remembered by friends and former clients as a man more than willing to go out of his way to help fellow racers. Tour-winning drivers utilizing Kuntz & Co. powerplants in the 2000s included Humphrey of Giltner, Neb., Frye of Greenbrier, Ark.; Kyle Berck of Marquette, Neb.; and Larry McDaniels of Wichita, Kan.

Frye recalled first connecting with Kuntz, a Ford loyalist, in 2000, shortly after deciding to switch to the Blue Oval from Chevrolet power.

“We talked to (Jack) Cornett and had bought two Cornett engines and loved Jack (Cornett) … Jack’s a great engine builder. Jim came up to me at the PRI and said, ‘Somebody told me you was thinking about getting some Ford motors.’ I said yeah and he said ‘I’d like to get you to give me a chance.’ I said well we bought a couple of Cornetts. He said ‘What would it take to get one of my motors in your car?’ ”

Frye admitted that he was a little hesitant in part because Kuntz had struggled on the Late Model front, a problem Frye said was born from the engine builder’s own generosity.

“At that time, he had a little bit of a bad reputation in stock cars, but it was because he patched everybody’s junk,” Frye said. “He was trying to save ‘em money and patching stuff together, you know, trying to help people, and it actually hurt him some. I was a little leery. He was a drag racer and I knew drag racers race dynos, not stock cars.

“So finally he comes to me …. I think he come to my shop … and he said ‘What if I would build you the best motor I could build and bring it to your shop and set it in the floor, would you put it in your car?’ I said, you just mean you’ll bring it up there and let me put it in the car? He said, ‘Yep.’ I said OK, I’ll do that. I can’t turn that down. Motors cost too much and I can’t turn that down.”

Though they got off to a rocky start — a cam bearing failure during the new engine’s maiden voyage in the 2001 UDTRA Pro DirtCar Series opener at Golden Isles Speedway nearly ended the relationship before it ever began — Frye said he grew to love Kuntz’s smooth-as-silk Ford engine. After Kuntz made repairs and urged Frye to give him a second chance, Frye slipped the Ford power back in his multi-colored GRT machine and headed to Texas Motor Speedway Dirt Track for a late March UDTRA race.

“I was second quick time, one-hundredth (of a second) off (Scott) Bloomquist with it the first night we ran it down there,” Frye said. “I should have won the race. I was passing Jimmy Mars with two laps to go and caught a rut and about flipped the car. I got it back on the ground and thought, well second ain’t bad here. So I just followed him around and ran second. Then we went to Bristol and was running fifth. Wendell (Wallace) was in front of me and I could smell the oil burning and knew it was just a matter of time. When he blew, he hand-grenaded one.

“When we come around on the front straightaway, Jim was standing on the pit fence, you know where they pit the NASCAR cars. He’s standing there and throws his hands up on the air, like, what, and I give him an OK with my hand out the window and you could just see him grin. He went back down and he asked me after the race what did OK mean. I said it meant the water was 235 and the oil temp was pegged but it was still running. He said, ‘Well, I guess that’s all that counts.’ He said ‘This is the most brutal thing I’ve ever seen on a motor in my life.’ ”

Frye still has a keepsake from the old powerplant.

“I’ve got the valve covers from that motor on the wall in my office. We call it Goldberg,” he said. “We ran it for 10 years and won (more than) $400,000 with it, besides championships, and we won five MARS championships with it. We sat on the pole at the DuQuoin Mile and won on the slickest quarter-mile track in the country.”

Frye, now a Hall of Famer, is undoubtedly among Kuntz’s more recognizable former clients. But Kuntz’s generosity stretched far and wide, impacting a solid core of regional racers west of the Mississippi, while making scores of friends along the way. While he was first a client, Humphrey was among Kuntz’s long list of friends as well.

“It was actually Kyle Berck that referred me to him,” Humphrey said. “We needed an engine for a car we were building and it was kinda my first experience into anything but weekly racing, so it was unfamiliar territory. But he referred me to Jim and I called him on the phone and I told him what I was thinking about an engine and we kinda kicked things around and we just hit it off right off the bat. We just kinda spoke the same language. We basically became friends. He wasn’t just my engine builder he was a friend. I wasn’t a high-dollar racer, you know, but Jim was the type of guy that whatever resources you had, he would try to help you make the most of them and I appreciated that from where I was coming from.

“That first engine, there was another car owner involved. Later on when I was gonna have my own team I went to Jim and told him what I was trying to do. He built an engine and that engine resulted in back-to-back championships for me. And Jim was always proud of that when you were able to do that. It just continued on from there.”

One of the things Humphrey remembers most is the way he was treated by Kuntz. He said when he walked into Kuntz’s shop, he felt as though he was on equal footing with the sport’s stars.

“I’d go to the shop and we’d work on the engines right there. He always welcomed me in. Things like that. He’d bend over backwards. He helped a lot of guys who were struggling. He let ‘em make arrangements, like (leasing) an engine or whatever … just did a lot of things for a lot of people that I know of. There’s a lot of good guys out there and Jim was one of them.”

Kuntz, who built his first racing engine in 1963 and opened Jim Kuntz Racing in 1983, was also among the first sponsors of the Comp Cams Super Dirt Series during the tour’s inaugural season in 2007. While Kuntz semi-retired in 2016, Kuntz & Co. continued to sponsor the series through 2018. Comp Cams Super Dirt Series founder Chris Ellis remembered Kuntz for his long-standing support of his series and its drivers.

“I know that he helped many of our guys that raced for points,” Ellis said. “He had a lease program that let them lease motors by the lap so they could race with us. I also know that he’s brought motors to guys in the points and just let ‘em use a motor just to get ‘em through. Cause, like late in the year they’d have a motor blow up … and it may not even be his customer. But he’d give ‘em a motor and say ‘you’re third in points, you need to run, I’ll bring you a motor.’ He’d give ‘em a motor to run.”

Kuntz sold his business to Gwatney Performance in January 2019, but could often be found still working in the engine shop. Frye said that’s the work ethic he grew accustomed to more than a decade ago.

“He would work all day and then get in his car and drive to Florida or Ohio to a drag race, help them guys and then turn around and drive back and meet us somewhere and race with us that weekend,” Frye said. “I talked to Aaron Salisbury, who was his boss at Gwaltney the last few months and he said ‘the old man worked me to death. I can’t keep up with him.’ He just done stuff like that. He worked nonstop.”