Editor's note: DirtonDirt.com's new DirtWire feature is a collection of quick-hitting tidbits from around the Dirt Late Model world:
May 1510:38 AM ET
Posted by DirtonDirt.com staff 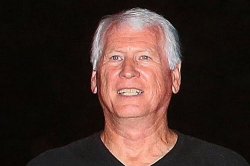 Through his high-performance engine business, Arkadelphia, Ark.-based Kuntz & Co., Kuntz supplied powerplants for a variety of motorsports applications. Kuntz retired in 2016 and eventually sold his business to Gwatney Performance in January 2019.

Kuntz, who built his first racing engine in 1963 and opened Jim Kuntz Racing in 1983, was among the first sponsors of the Comp Cams Super Dirt Series during the tour’s inaugural season in 2007. Kuntz & Co. continued to sponsor the series through 2018.

“When we started (the Comp Cams Series) in ’07, he called me up … I’d never met him,” recalled series founder Chris Ellis, “(Kuntz) would come to almost every race in Arkansas and the Ark-La-Tex area, like ArkLaTex Speedway, Timberline, etc. He was just a loyal supporter. He was just highly respected in our region … well, probably nationally. … But in our region, especially in our home state, he was highly, highly regarded as a professional and as a person. He and I got along because we’re a lot alike in that our word is our contract. He and I never had a piece of paper. It was a handshake and it was always good.”

Well-known for his work ethic — after stepping away in 2016 he continued to make the hour-long drive from his Little Rock home to Arkadelphia to work part time — Kuntz was remembered by many for the relationships he kindled.

“I’d drive 750 miles one way to his shop,” said Al Humphrey of Giltner, Neb., one of several drivers Kuntz helped win championships in the 2000s. “We would tear it down right there and see what it needed and I would usually drive back down there when it was done and be there when it was dyno'd. Jim liked that, you know. That’s just the kind of relationship we had. Man, I’m just sick we lost him.”

Visitation is planned for 9:30 a.m. Saturday at Fellowship Bible Church in Little Rock, with the funeral service to follow at 10:30 a.m. A burial service is at Memorial Gardens in Hot Springs, Ark., at 2 p.m. Saturday. Roller-Chenal Funeral Home in charge of arrangements.

Editor’s note: Updates with arrangements and details; corrects day of death to Wednesday instead of Tuesday.