What they're saying about Joe Garrison 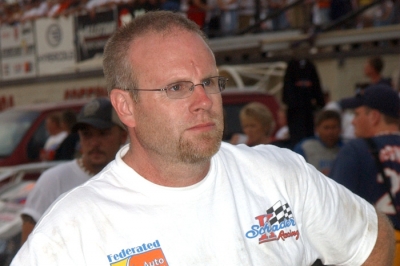 Joe Garrison, the innovative co-founder of GRT Race Cars, died Wednesday evening. Competitors and others in the racing industry shared memories and thoughts about the man who provided a template for modern-day Dirt Late Model chassis manufacturing (some submissions excerpted and/or edited for clarity):

"I spent a lot of time riding up and down the road with him when Wendell Wallace and I were teammates. I spent some time out there because Wendell was basically driving the house car at that point in time. It was instrumental in our nicknames. Bill Frye was out there and Clint Smith was out there driving and I was out there. They started calling Bill Frye “Frye Daddy,” Joe started that. Clint, he would call everybody “Cat” when he was talking to them, so they nicknamed Clint “Cat Daddy.” And then I was in there, so he had to come up with me a nickname, so he give me the “Mac Daddy” nickname. It was kind of funny thinking back on all the times that we did spend together.”

“I thought a lot of him. I liked Joe. He was a good person. He loved racing and he wanted to win. I haven’t been around him a lot in the last few years. I did see him at (the) PRI (Trade Show in December). I was glad I got to do that.”

Prayers to the Garrison family and GRT Racecar employees. Joe Boy was my friend, he gave me the opportunity in 1988 to drive the house car. He has helped so many racers over the years and was a great innovator in the racing industry and he will be missed. Joe had the best sense of humor, we always had a great time together and he did the best rooster impression. Joe had this saying put on the dash of the racecar “Different strokes for different folks, there’s only one Johnny Stokes.” Joe, you will be truly missed, until we meet again my friend. Fly High Buddy!! Prayers for Katie and Jolie Kate and the Garrison Family. #teamGRT #KatieStrong #WeBuildWinners

When we ran GRT racecars, Joe Garrison would always answer the phone and help whenever I called. He treated me as if I was one of the big names. He was an innovator in our sport. Our prayers are with his wife who still battles cancer, and their 4 year old daughter. RIP Joe.

Just heard of the passing of Joe Garrison, another one of our racing family gone way to soon! He was 1 of the Great Chassis Builders in our time. Ran his cars in the 90’s. Our Thoughts and Prayers go out to his Family & Friends. R.I.P. Joe Boy & Godspeed

The world of racing has received a tremendous loss with the passing of legendary chassis builder Joe Garrison of GRT Race Cars. Joe left a huge impact on the sport of dirt racing. Whether you're a fan of late models or modifieds chances are many of his cars have put on a show for you, and will continue to do so. Joe remains an inspiration to many, and will forever be missed! Joe, may you forever rest in peace! #GRTstrong

We are at a loss for words this morning as we mourn the loss of a great friend, father, husband and pioneer of dirt track racing. He provided countless opportunities and unwavering support for Jeremy and his race program and through that formed a wonderful friendship that we are thankful to have had. From numerous racing trials and tribulations that took them as far as Australia, to knocking out a tooth at Joe's house, to his infamous "chicken dance," to witnessing the love he had for Katie, Randa, and Jolie Kate ... we thank you for the memories! Fly high, Joe Boy! #teamGRT

Getting on Facebook today is tough, seeing everyone's comments and memories about Joe Garrison is great to see but painful. I only got to spend time with Joe in Arkansas a couple of times but he always treated my family and I like family. From Arkansas Joe taught us a lot about how to run a business, the value of our time, and the low value of your doubters and naysayers. My prayers continue for Katie Garrison and her battle, as well as his daughters, and all of the crew back at the shop. We love you guys! Joe you helped change the world of dirt racing and built a whole lot of winners along the way. Sorry we never got you out to Oregon but now you have an eternity to go racing and shoot all the guns you want. I'll see you again one day.

I think back now on all those early on phone conversations, the extra effort I put in on GRT ads I would create at Racing News and the smiles and handshakes when we found ourselves face to face at a race. Joe extended friendships to me with so many racers that drove his cars. And looking at it now, what a great gift to leave behind. If time stood still, between writing my weekly editors column at Racing News on the extraordinary loss of a leading chassis manufacturer, I would spend part of this day designing one last GRT congratulates its winners... with just one winner spotlighted. Good Job Joe. Godspeed. 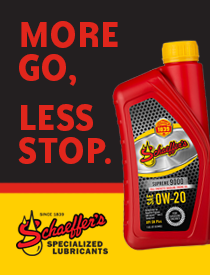