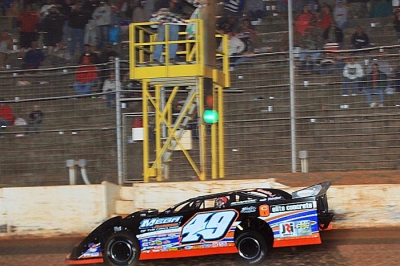 Vic Hill of Mosheim, Tenn., was the apparent runner-up finisher, but was disqualified after he was found to have used illegal tires during post-race technical inspection.