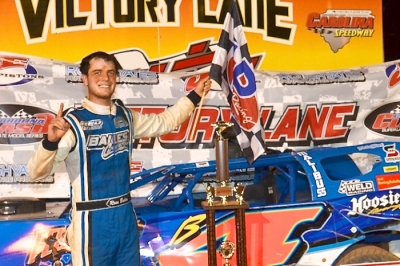 “This is another huge win for us. Carolina is home for my team and I," Bailes said after his third career Super Late Model victory. "We have so many people here that have helped me and support our team. This one is really special. I need to thank Bobby and Johnny Wilson for allowing me to drive their car. And I want to thank all of our sponsors and my family for their support. This is just a great night.” | Slideshow

While Bailes was slated to start third, several failed attempts to start the race — including a pair of tangles among front-row starters Luke Roffers and Tim Allen — forced officials to go with a single-file start.