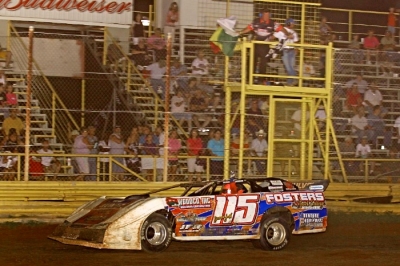 The pole-starting Smith, whose previous series victory came July 2 at Northeast Arkansas Speedway in Harrisburg, Ark., earned $2,000 for his victory.

Notes: Smith’s race car is sponsored by Fosters Truck Salvage and Venture Equipment. ... The event was the second leg of a doubleheader weekend for the series. Morgan Bagley of Longview, Texas, won Friday night’s event at USA Speedway in Sterlington, La. ... Smith finished fourth in Friday night’s race. ... Beene’s fourth-place finish follows a disappointing finish Friday night when he ended up 14th after having mechanical problems late in the race. ... The series will be back in action Aug. 5-6 with a pair of $2,000-to-win events at Malden (Mo.) Speedway and I-30 Speedway in Little Rock, Ark.