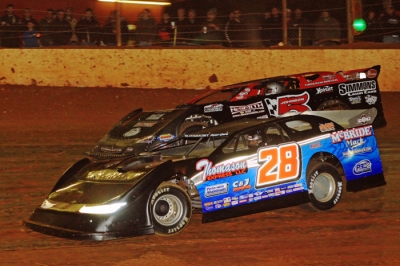 Erb outdueled former race winner Wendell Wallace of Batesville, Ark., along with Ronnie Johnson of Chattanooga, Tenn., who collected $3,000 with his victory in Friday's tuneup of the season-opening weekend on the Missouri-based MARS circuit. Terry English of Benton, Ky., and Ryan Unzicker of El Paso, Ill., rounded out the top five finishers.

For Erb, whose previous MARS victory came in 2008 at I-55 Raceway in Pevely, Mo., it marked his first victory in the Bloomquist Race Car he debuted in February.