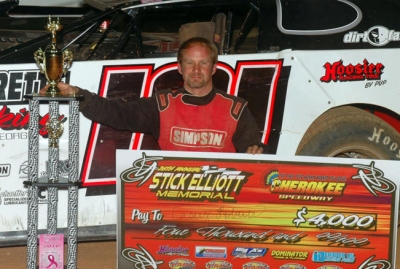 Roberts earned $4,000 for the victory as Cherokee honored a driver who is a member of the National Dirt Late Model Hall of Fame. Chris Ferguson of Mount Holly, N.C., finished second at the 4/10-mile oval followed by Jeff Smith of Dallas, N.C., and Chris Madden of Gray Court, S.C.