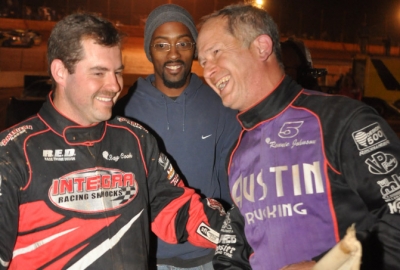 Johnson took the lead from Jake Knowles of Tyrone, Ga., on the 16th lap and led the rest of the way, holding off a late challenge from 10th-starting Ray Cook of Brasstown, N.C.

Knowles settled for third ahead of David Payne of Murphy, N.C., and Kevin Gibson of Ringgold, Ga. Mike Weeks of Friendsville, Tenn., who was honored before the event for capturing the series championship, finished ninth in a race slowed by five caution flags.