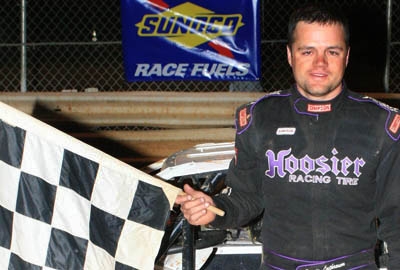 Making his Natural Bridge debut, Miller jumped into the lead at the outset over DeHaven and Shaver and pulled away after a lap-six caution. Lathroum took positions from Shaver and then DeHaven to get into second, and he began hounding the leader amid slower traffic.

Lathroum made his winning move on the high side before the halfway point and pulled to a huge lead during a long stretch of green-flag racing. Soon enough, though, Lathroum found himself with traffic issues, allowing Miller to close in on his rear deck with 10 laps remaining.

But a lap-44 caution reset the field and gave Lathroum clear racetrack as he cruised to his second consecutive autumn special at Natural Bridge.