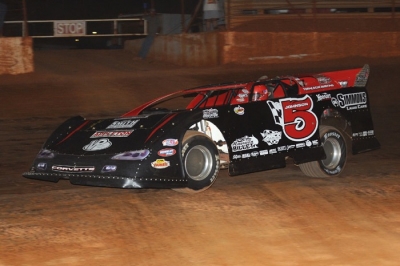 Johnson started outside the front row and raced to the $5,000 victory, the 62nd of his career on the 27-year-old series.