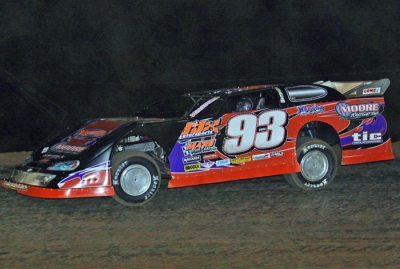 Ray Moore heads for victory at I-30. (Woody Hampton)

Batesville, Ark., drivers Billy Moyer Jr. (early) and Wendell Wallace (late) challenged Moore for the point, but he raced to his first MSRA victory since May 2008,