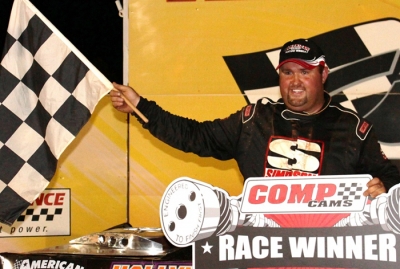 "When I took off on that green flag in that first couple of laps, I knew we were going to be good," Franklin said. "The crew did a wonderful job."