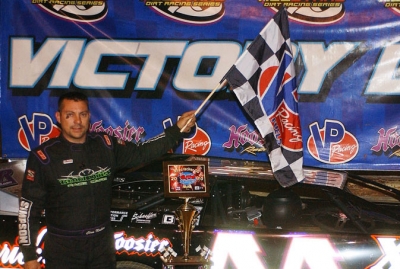 Madden built comfortable leads throughout at the half-mile oval en route to his 39th career series victory. Third-starting Chris Wall of Holden, La., was the runner-up followed by Brandon Kinzer of Allen, Ky., who survived a lap-32 tangle with outside front-row starter Austin Dillon of Welcome, N.C., who looped his car after peeling a right-rear tire off his car. | Video | Slideshow

Chris Ferguson of Mount Holly, N.C., started fourth and was running second when a oil-line fire forced him out of the race on lap 46; he wasn’t injured.

Notes: Madden’s Bloomquist Race Car is sponsored by Century Plastics and Hamrick’s of Gaffney. ... Madden’s previous series victory came in the 2009 finale at Cleveland (Tenn.) Speedway. ... Jensen Ford won the Fastrak Crate Late Model feature, a race red-flagged for a frontstretch pileup. ... Next up for the Southern All Stars is a July 16-17 weekend at Boyd’s Speedway in Ringgold, Ga., and Cleveland.