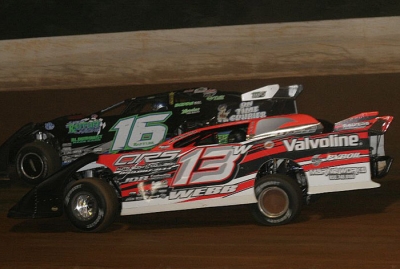 Rattliff, who battled Webb side-by-side on laps 22 and 23 before losing the point, settled for second while Dustin Linville of Bryantsville, Ky., finished third. Victor Lee of Stanford, Ky., and D.J. Wells of Wooten, Ky., rounded out the top five at the 3/8-mile oval. Neat fell back to sixth on the final laps.