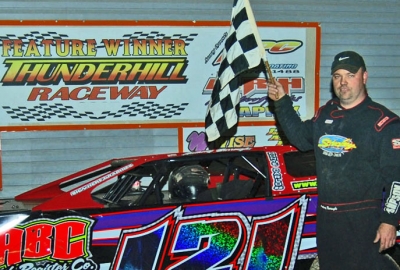 Cook, last week's winner at North Georgia Speedway, was second followed by Jacob Grizzle of Blairsville, Ga., who moved into the SRRS points lead. Tony Morris of Murfreesboro, Tenn., and David Gentry of Lewisburg, Tenn., rounded out the top five.

Miller, the fast qualifier from Shelbyville, Tenn., started on the pole and was cruising toward victory when an overheating engine forced him out. He ended up 21st.

Notes: Burroughs drives a Ronnie Stuckey-built MasterSbilt Race Car with a Wall 2 Wall engine and sponsorship from ALT Transportation, Wholesale Laundry Equipment and ABC Cash Register. ... Mark Fields took a while ride on the 20th lap when he went off the top of the track on the frontstretch entering turn one; he wasn't injured. ... Next up for SRRS competitors is a two-race weekend at Green Valley Speedway on April 16-17.