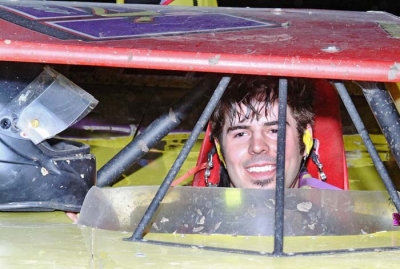 Mack took command early with Jeff Floyd of Walnut Ridge, Ark., and Moyer in pursuit. Moyer went ahead on the seventh lap as the frontrunners headed into lapped traffic.

When the slowing Jon Kirby headed for the infield on lap 11, Moyer made slight contact and lost momentum as Floyd grabbed the lead. Moyer got rolling again to take command on lap 16 for a lead he'd never give up. Floyd's race ended when he had engine problems following the race's final restart with 13 laps remaining. Dacus made his way up to a second-place finish in the race's late stages.