Heat is on, but Putnam wins at North Alabama 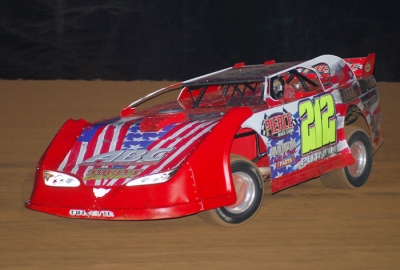 TUSCUMBIA, Ala. (March 20) — Slipping back to third in the early laps, polesitter Josh Putnam of Killen, Ala., swept around the Rickman brothers at North Alabama Speedway on the eighth lap and led the remainder of the PRO Dirt Car Series 40-lapper to pocket $2,500. | Slideshow

The 26-year-old Putnam, who fought an overheating race car that briefly stalled on the frontstretch during a lap-23 caution period, raced to his first victory of the season at the quarter-mile oval near his hometown.

David Breazeale of Four Corners, Miss., overtook Rick Rickman of Columbus, Miss., following the lap-23 caution and finished second after chasing Putnam through lapped traffic in the late stages. Rickman was third with Ronnie Johnson of Chattanooga, Tenn., and Anthony Burroughs of Muscle Shoals, Ala., rounding out the top five.

Brian Rickman of Columbus, Miss., Rick's brother, started outside the front row and led the first seven laps, but he faded to an eighth-place finish in a race slowed by six caution flags.