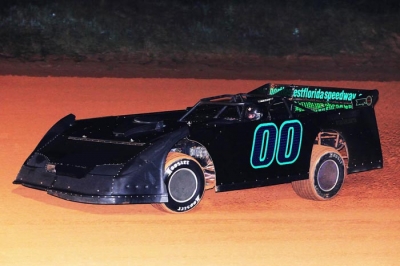 MILTON, Fla. (Nov. 13-14) — Devin Jones of Baker, Fla., seemed to have been snakebit in each '09 outing at Southern Raceway. Until the inaugural Topless 50, that is. After winning the pole with his fast qualifying time on Friday night, Jones led all the way in Saturday's main event for a $5,000 payday. | Slideshow

Notes: Jones is the promoter at Northwest Florida Speedway in Blackman, Fla. ... Jones earned $100 from Clint Holmes and Nine Mile Machine Shop in nearby Pensacola for his fast qualifying time ... When the lights in turn three failed on Friday, portable lights were brought in as replacements.