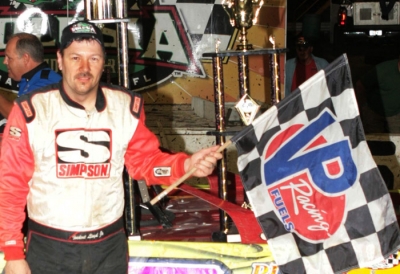 Lloyd, driving the David Clegg-owned No. 07, notched his series-leading fourth victory of the season. Mark Whitener of Middleburg, Fla., who was three victories, was eighth at Volusia.