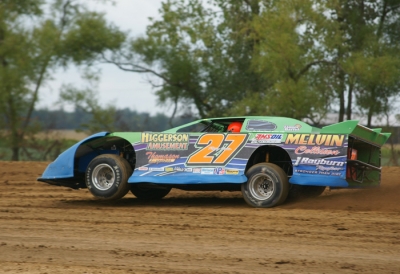 Rodney Melvin gets up to speed at the D-shaped track. (kohlsracingphotos.com)