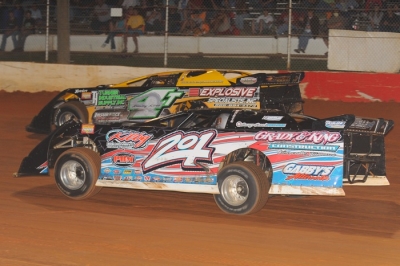 Ricky Arms of Moss, Tenn., gunning for his second straight series victory, ran among the leaders early before mechanical problems forced him out on the 10th lap and Ronnie Johnson of Chattanooga, Tenn., was running third when a puff of smoke sent him out on the 12th lap.