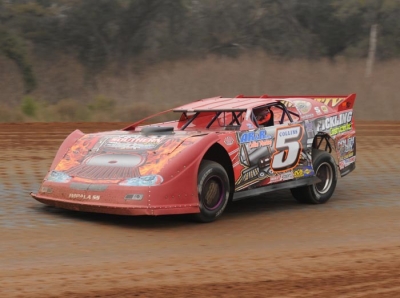 Padgett, of Clay Hill, Fla., held on to finish second followed by Branden Yawn of Springfield, Ga., Bo Allen of Baldwin, Fla., and Cale Simons of Albany, Ga. Jason Fitzgerald of Jacksonville, going for his third series victory of 2009, got together in the first turn with polesitter Steve Jones of Milan, Ga., while battling for third, knocking both drivers out of contention.

Notes: Collins drove a Barry Wright Race Car powered by a Southern Style Engine and sponsored by Fickling Construction and AR&R Trucking. ... Chuck Chitty was the only driver to miss the feature event. ... The next scheduled NLMS event is April 24-25 at Golden Isles Speedway near Brunswick, Ga., but the series announced an additional race may be scheduled to be run before that.