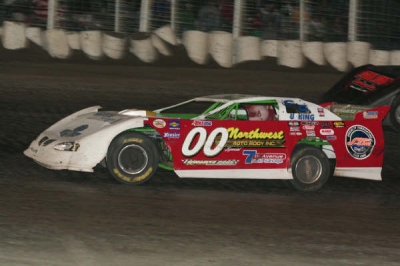 GRAND FORKS, N.D. (Sept. 6-7) — Mitch Johnson of Hickson, N.D., earned $9,200 at River Cities Speedway as drivers in the upper Midwest honored one of their most beloved drivers at the inaugural John Seitz Memorial.

Johnson came out on top in the Dirt Track Racing Association-sanctioned event, but thoughts of many were on Seitz, the likable Bemidji, Minn., racer who died unexpectedly last winter at age 36. The purse number was a reflection of the No. 92 of the four-time Northern LateModel Racing Association champion.