Short hauls, big money on the horizon for Feger 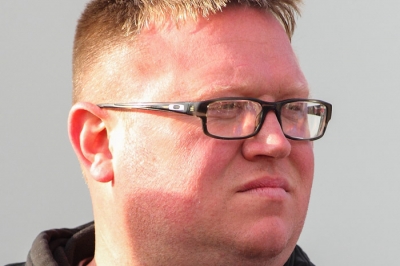 Jason Feger is about to plunge into his biggest stretch of racing in 2017.

For starters, on Thursday and Friday he has the Farmer City 74, an inaugural show at Farmer City (Ill.) Raceway that includes a $3,000-to-win preliminary program leading into a finale that offers a $20,000 top prize. Then he heads to Fairbury (Ill.) American Legion Speedway on Saturday for the $10,000-to-win FALS Frenzy and Spoon River Speedway in Banner, Ill., on Sunday for a $5,000-to-win event. | Farmer City pay-per-view

“And there’s a $10,000 (to-win) next Thursday at La Salle (Speedway),” Feger pointed, referring to a May 18 Lucas Oil Late Model Dirt Series card at the quarter-mile Illinois oval.

That’s three five-figure races and two other well-paying affairs in a one-week span at four tracks within an hour’s drive from Feger’s shop in Bloomington, Ill., providing him a prime chance to give his race team a much-needed infusion of cash.

“Financially, it can definitely make a big difference,” Feger said when asked about the significance of so many lucrative events occurring in his backyard over a short time frame. “I love traveling all over, but if you travel to a $10,000- or $12,000-to-win Lucas show, it’s gonna put yourself out at least probably a grand if you’re traveling five, six hours, and then there’s the tires and the entry fees. This is 20 minutes from my house for Farmer City and not much farther for the other ones, and that definitely helps. With a stretch like this, your expenditures are way lower, the tire rule is real good and it’s tracks I’m familiar with, so there’s definitely a chance to make some money.

“But,” he added, “there’s also some pressure there because you don’t want to screw up an opportunity to make a gain.”

Indeed, this is a huge burst of Dirt Late Model action in the Land of Lincoln. As one of the hot shots on the Illinois scene for the past decade, Feger has a special perspective on what it means for his home turf.

“I just think it’s pretty awesome,” said Feger, who celebrated his 39th birthday May 7. “Everybody’s always known that Illinois is really strong for Late Model racing. We’ve always had a lot of good drivers and a lot of good tracks. But it seems like we didn’t have real national recognition for a while because nobody really put up any big-money races.

“The Illini 100 (at Farmer City) kind of brought that in (with its launch in 2008 under the World of Outlaw Craftsman Late Model Series banner) and got a lot of guys who had never been here. Then the Prairie Dirt Classic (at Fairbury) stepped it up (by becoming a high-dollar WoO event in 2013), La Salle started the Thaw Brawl, and now we’ve got this (Farmer City 74).

“It’s a good little swing here, and it’s even better because the Lucas guys are gonna be here (in the area) next week, too,” he continued. “Hopefully it works out great for all the tracks and shows how strong everything is. I’m looking forward to it.”

Feger admitted that he had some reservations upon the announcement of the Farmer City 74, a race that comes just over one month after Farmer City’s WoO-sanctioned Illini 100 weekend and doesn’t carry a national touring series sanction but rather DIRTcar regional circuit affiliations of the Sunoco American Late Model Series and MARS DIRTcar Series. (The Fairbury and Spoon River events also boast ALMS-MARS sanction.) It’s a risky venture, but, if initial indications hold (Farmer City’s field could push 60 cars) and the event and its followup shows at Fairbury and Spoon River are successful, then a new spring tradition for the Midwest might emerge.

“I sure hope it works out for ‘em. It could be a really good every-year swing we get here.”

Feger, of course, enters the weekend among the drivers to watch, but he would personally prefer to have more momentum behind him. He didn’t make the trip south to Georgia-Florida Speedweeks this year, so his campaign didn’t begin until late March and hasn’t really got cranking yet.

“To me, it’s kind of been sort of a weird season so far,” Feger said. “We’ve had a lot of rainouts of some of the special events. It just seems like we haven’t raced as much as we normally have by this point in the season. I would’ve normally raced 20-some nights by now, but I think I’ve raced only seven or eight … I’m not even sure.”

Feger has made 10 starts to date, but a rough debut March 24 at La Salle left him struggling somewhat to find his footing. He experienced problems with his primary Rhyne engine as he won a heat race that night, forcing him to utilize another powerplant that hasn’t satisfied him.

“We’ve just been having a few motor issues, not quite hitting on all eight (cylinders) like I want it to be,” Feger analyzed. “My favorite motor is down and I’m not running quite as strong with this one motor. The one we’ve got in there now doesn’t … it just ain’t quite right.”

As a result, Feger was scheduled to pick up a fresh engine from Rhyne on Thursday and install it hours before the start of Farmer City’s preliminary program.

“He’s got another one up here he’s been working on so we’re gonna have a different motor, a combination that I’ve actually never raced,” Feger said. “I feel like right now that’s probably my best option. I think if I can get that motor where I want it we’ll be strong again. It has a lot to with how your car handles, sure, but you need the motor working right, too.”

Feger certainly has confidence in his Billy Moyer Victory Race Car, especially at Farmer City. Already this year he has an April 7 weekly victory there with his older machine and a third-place finish April 21 with his newer mount, which he debuted late last season.

“The Moyer cars, for whatever reason, have been really good at Farmer City,” said Feger, who had some problems in last month’s Illini 100 (DNQ Saturday because of a broken crank trigger, 13th on Sunday after catching a rut and losing spots while running fifth). “Last year I think I won three or four in a row there, including the (UMP DIRTcar) Summernationals and a $5,000 (event). We’ve been pretty stout there, Billy (Moyer) is obviously always real strong there, and Kent (Robinson) came out his first night last year and was really strong and picked up a win this year (on April 21).”

Feger believes he can reach victory lane at all three tracks this weekend; his history at Farmer City is impressive, while he nearly captured a weekly feature at Fairbury on April 22 (he lost to Michael Kloos by inches) and he’s a past Summernationals winner at Spoon River. But, beyond his new engine combination, he does have some other uncertainty entering the action.

“The tire rule is gonna throw a little kink in everybody’s program I think,” said Feger, alluding to the swing’s no-grooving/no-siping mandate for the right-rear tire. “Not being able to groove that right-rear (Hoosier LM) 40, that’s gonna make things a little interesting. It’ll throw a little curveball at everybody.

“We ran the MLRA races this past weekend (two starts in Iowa) which is an all hard-tire rule, but this will be the first time that I have been on a no-groove right-rear 40 personally. We didn’t make the field last year at Eldora (the World 100) or Florence (North-South 100) so we didn’t get to run a feature on a hard tire that wasn’t grooved … most guys around here have not ran that yet. On a weekly basis we still get to run 30s and 40s and groove both of ‘em, so it’s gonna be interesting.

“That (LM 40) tire has never been raced like that (without grooving and siping) at all three of these tracks,” he added. “I’m sure you’re gonna have some guys gambling on soft tires. I don’t know … it could be one of those deals where if you guess right, you’re the lucky one and it’ll pay off for you.”

“I just think it’s pretty awesome. Everybody’s always known that Illinois is really strong for Late Model racing. We’ve always had a lot of good drivers and a lot of good tracks. But it seems like we didn’t have real national recognition for a while because nobody really put up any big-money races.”