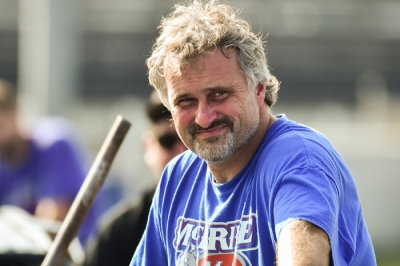 It’s been just more than six weeks since the Lucas Oil Late Model Dirt Series held a race. With back-to-back rainouts earlier this month at Atomic Speedway in Alma, Ohio and Brownstown (Ind.) Speedway, the series hasn’t been on track since Feb. 19 at Bubba Raceway Park in Ocala, Fla.

Lucas Oil regulars didn’t just sit idle during the down time though. Along with a week at Volusia Speedway Park to close out Georgia-Florida Speedweeks, many of them opted to venture to other events.

Dennis Erb Jr., won a MARS DIRTcar-sanctioned event at Clarksville (Tenn.) Speedway. Don O’Neal and Darrell Lanigan went to Cherokee Speedway in Gaffney, S.C., where they each recorded a top-10 finish in a Southern All Stars race. Scott Bloomquist, Tim McCreadie and Jimmy Owens were all at the snowed out Schaeffer Oil Spring Nationals race at Smoky Mountain Speedway in Maryville, Tenn.

McCreadie and Erb were at La Salle as well and both netted a top-five finish. Earl Pearson Jr., stayed closer to home and ran both Schaeffer Oil Spring Nationals races at Senoia (Ga.) Speedway last weekend.

For those keeping track, every driver currently in the top 10 in Lucas Oil points went somewhere. While some went to the track knowing they had things they needed to work on, they all went to make money and to try to gain a measure of consistency during what otherwise would have been a very long layoff.

As for Erb, he was just starting to get his Black Diamond Race Car dialed in when his Speedweeks trip came to an end. With dismal finishes at East Bay Raceway Park near Tampa, Fla., Erb, who sits seventh in Lucas Oil points 215 behind Richards, was fortunate he didn’t leave the Sunshine State in an even deeper hole.

“You don’t want to put yourself too far behind, but it’s a long season,” said Erb. “Things can turn around and you can have a couple wins in a row or a couple top-three finishes or so and you’re right back up in there. It’s a little frustrating to start out a little further behind, but we had a good run (at Bubba Raceway Park) and that jumped us up pretty good in the points. We just gotta worry about the future and leave the Florida races behind.”

As the series gears up for three events in three southern states, Erb of Carpentersville, Ill., hopes he can build on the consistency he’s enjoyed over the last eight races, where he’s registered four top-five finishes, including a win and a third.

“As far as the wins last year, we didn’t win as much, but we had a lot of good solid finishes. We were consistent,” said Erb. “That’s what I was really happy about. We were there each night. I always say if we can be consistent, and be up front and get top fives, we’re gonna win some races. That’s hard, especially going from track to track. The competition’s so tough. The cars are just so close. You look at Chris Madden. He wins (at Volusia on Feb. 20) and starts 16th the next night. Everything just has to go right for you.”  — Robert Holman

Buoyed by his 2016 breakthrough at the Kosiski family’s 3/8-mile oval, Stovall, 36, returns to the track this weekend with designs on kicking off his MLRA title defense in the tour’s Spring Meltdown doubleheader.

“I always like racing at I-80,” said Stovall, who has spent the past week switching engines and preparing his new Black Diamond Race Car for I-80’s lidlifter. “The track is big and wide and you can usually find a line where your car works if you are willing to search a little.

“That place has had my number on several occasions, but I did finally get a win there last June and it was extremely satisfying,” he added. “I also had a good run going in (I-80’s) Silver Dollar (Nationals) race last (July) and knocked a tire down with two to go … it was a big letdown.”

Stovall will look to become the first back-to-back MLRA champion since John Anderson of Omaha, Neb., in 2011-12 with additional resources at his disposal courtesy of Randy Timms and his Western Flyer Xpress Racing Team.

“We’re prepared and ready to go and a lot of that is due to the additional help of Randy Timms,” said Stovall, who recorded five MLRA triumphs in 2016. “He and the rest of our sponsors have made it more feasible for me to run a full season and compete for wins.”

Passing points will set the lineup for Friday’s main event. On Saturday, meanwhile, every competitor will draw for a heat-race placement and then qualify against their fellow heat entrants during hot laps for heat starting positions. — Trenton Berry

Illinois natives happy to be home

World of Outlaws regulars and Illinois natives Brandon Sheppard, Brian Shirley and Frank Heckenast Jr., are heading home. After a three-day swing through the south, the World of Outlaws Craftsman Late Model Series is making its way to the Land of Lincoln, where they’ll do battle in the ninth annual Illini 100 at Farmer City Raceway March 31-April 1.

“I’ve raced a lot there growing up since it’s only about an hour and fifteen minutes from my house and it’s by far one of my favorite tracks we go to,” said Sheppard, who finished fifth on the second day of action at Farmer City last season. “It means a lot to win there and we were fortunate enough to win that race in 2015. But we haven’t been able to go and run the full weekend there in three or four years, so now that we’re running the whole weekend it will be a really fun deal.”

Fellow homestate drivers Shirley and Heckenast Jr., are happy to be back in familiar territory as well. After claiming an 11th-place finish at Whynot on Friday night, Heckanast Jr., tied his season’s best finish with a solid sixth place at Lone Star. The two good runs elevated the Frankfort, Ill., driver to sixth in the points standings.

Meanwhile, Shirley who is from Chatham, Ill., about 85 miles southwest of Farmer City, has been one of the most consistent drivers on the WoO tour in the early going. He’s now eighth in series points following finishes of 12th at Whynot and 21st at Lone Star. Always a fan favorite at Farmer City, Shirley is still looking for his first victory in the Illini 100.

“When you’re talking about the midwest or Illinois, Farmer City is definitely one of the main tracks that most people focus on, as well as Fairbury and Macon,” said Shirley. “It’s in the circle of tracks that a lot of drivers enjoy racing on and a lot of spectators and fans come to watch really good races at. When I first started racing it took me a couple years to figure out how to win there because for a regular race 40 cars come out and it’s the toughest competition. If you want to know how good you are and how fast you are, you race at these tracks against the guys in Illinois.”

Sheppard, Shirley and the rest of the World of Outlaws travelers won’t have it easy at Farmer City as a host of stout local and regional drivers will try to defend their turf. Some of the biggest names in the sport have the Illini 100 circled on their calendar, including Bobby Pierce, Shannon Babb, Kevin Weaver, Jason Feger, Chris Simpson, Ryan Unzicker, Scott Schmitt, 2016 Farmer City track champion Joe Harlan and more.

“There is definitely going to be some tough competitors there,” added Sheppard. “There’s not going to be any slackers running at this race. I think we’ll be really good. It will be nice to be able to practice on Thursday and then run a full night before the big race.”  — Karla May