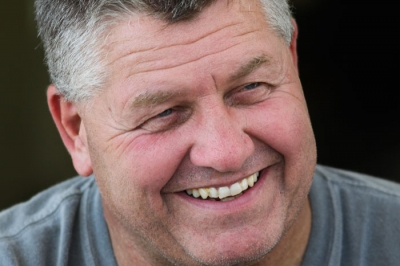 Competing with the World of Outlaws Craftsman Late Model Series since its revival in 2004, Chub Frank of Bear Lake, Pa., doesn’t run into too many tracks he hasn’t seen. But he’ll face that challenge Friday at Carolina Speedway as the national tour makes its first trip to the track near Gastonia, N.C.

Frank, the ninth winningest driver in WoO history and eighth in the current points, is watching video of races at the track, documenting nuances that may give him the boost he needs.

“We'll probably go there standard like we normally would and then figure out when we get there what we really need to do,” Frank said. “That doesn't bother me. I enjoy going to new tracks.”

WoO’s weekend doubleheader in North Carolina continues Saturday at Fayetteville Motor Speedway and Frank will be looking for his first victory at the 4/10-mile oval in the tour’s fifth trip to the track.

"That place does throw you a curve," Frank said. "You never know what you're going to get. It could be rubbered up … wide open … but I like the track. It's a fast track. That's one of the tracks they take good care of and I enjoy racing there.”

Carolina Speedway pit gates open at 3 p.m. with the grandstands at 4; racing begins at 8. General admission is $30 ($10 for children 6-12) and pit passes are $40. Three other divisions are in action.

If last week’s practice at River Cities Speedway is any indication, the Grand Forks, N.D., is in for some fast laps in 2016.

The track opens its season Friday and 16 Late Models tested the track in a preseason practice with hometown driver Brad Seng and Mike Balcaen of Winnipeg, Manitoba, both turning laps under Rick Eckert’s 11.756-second track record for Late Models set in 2009.

In his S&S Transport-sponsored MB Customs machine, Seng tripped the clock at 11.514 seconds, just under a 94 mph average, and Balcaen’s Enns Brothers-sponsored Black Diamond Chassis clicked off an 11.534-second lap on the 3/10-mile oval.

A couple of drivers had tough practice nights. Ryan Corbett, driver of the No. C4 Corbett Trucking MasterSbilt, broke a powerplant while John Halvorson, campaigning his No. 35 Taco Johns MB Customs ride, smacked the frontstretch wall, then one lap later hooked a rut and went for a horrifying series of barrel rolls. He wasn’t injured.

Among other drivers in action was first-year Late Model driver Ryan Dahl of West Fargo, N.D., who is moving up from the IMCA modified division. The driver of the No. 33 Demon Design Victory Circle car was a regular last season at Buffalo River Race Park in Glyndon, Minn. — NLRA reports

Hesston (Pa.) Speedway opens Saturday with a $1,500-to-win event for Super Late Models and hometown driver Justin Kann is expected to be among those drivers trying to capture the track’s first checkered flag of the season.

Kann’s season is off to a solid start with a victory in Bedford (Pa.) Speedway’s 80th season opener, and the driver who turned his first racing laps at Hesston in a street stock is ready to roll. While he ran 37 nights last season at 15 tracks, Hesston is among his favorite ovals.

“Each race at Hesston is fun. There’s always a good fan base and always a crowd there to cheer you on,” said Kann, who is quick to thank his supporters. “There’s no way I could race without my crew guys and sponsors. They put in a lot of hours helping me with the car. It’s an expensive sport. You can burn up six to eight tires a night — that’s at least one grand. I couldn’t keep my car running without all of that support.”

“I’ve won there before,” he said. “I almost won two last year, but didn’t because of tire failure. I’m hoping to redeem myself this year.” — Terry Whetstone

Freedom Motorsport Park in Delevan, N.Y., set for a May 6 practice before opening the season May 13, has made several improvements at the track which hosts a weekly RUSH-sanctioned Crate Late Model division, including a new scoring system and tech building

The track acquired the MyLaps timing and scoring system with the installed scoring loop passing all tests last week. The Crate Late Model and sportsman modified divisions will be required to have transponders with other divisions becoming mandatory next season (street stocks and mini stocks competitors are welcome to use transponders this season if they wish).

The new tech building is located between turns three and four. The enclosed area will allow for a much more organized review of cars post race and will shield drivers, cars, race teams and track officials from the elements.

In other track news, The Crate Late Model division, sponsored by Wilson Crane Service, gets a purse boost in 2016 with positions 2-10 picking up more cash each night. Visit freedommotorsportspark.com for more information. — Track reports