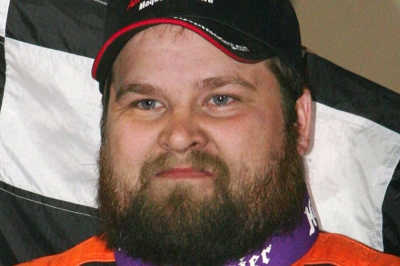 Typically Justin Kay of Wheatland, Iowa, wouldn’t be especially excited about attending a race he wasn’t competing in. This weekend’s Thaw Brawl at La Salle (Ill.) Speedway, however, is a different story.

With the wildly popular Brian Birkhofer of Muscatine, Iowa, ending a self-imposed 18-month racing layoff to drive a new MasterSbilt car from Kay’s Gheer’d Up Race Cars stable at La Salle, Kay is fine with stepping aside to serve as a very accomplished crewman for the early-spring Dirt Late Model doubleheader tri-sanctioned by the Sunoco American Late Model Series, Corn Belt Clash and MARS DIRTcar Series.

A rising 27-year-old talent who has dominated the IMCA Late Model circuit over the past three years to the tune of three consecutive IMCA weekly series championships and two Deery Brothers Summer Series titles (2014 and ’15), Kay sees hooking up with Birkhofer as a way to make himself a better race car driver.

“I don’t go to the races very often with the car and not race myself,” said Kay, who has been running primarily in the spec-engine IMCA Late Model class since 2007. “It’ll be different, but I’m kind of looking forward to it a little bit. It’ll maybe give me a little different perspective. Maybe I can learn how to explain things in a different way, and maybe (Birkhofer) will notice something I’ve never even thought of before.”

And, of course, just having the opportunity to hang with the 44-year-old Birkhofer — an outgoing jokester whose absence from the Dirt Late Model scene since his sudden retirement after winning the 2014 Knoxville Late Model Nationals has certainly left the division less lively — will be a blast for Kay.

“I just like being around him,” Kay said. “He’s a great guy to be around. He’s a funny guy, and that makes it fun.”

Kay has always respected and looked up to Birkhofer — what aspiring Dirt Late Model driver from the Hawkeye State wouldn’t? — but he had never spent much time with the two-time World 100 winner before teaming up with him for 2016. Being a spec-engine specialist who has entered only a limited number of open-competition engine events during his career, Kay hasn’t shared a racetrack with Birkhofer often.

“I’ve probably only raced against him maybe five or six times — Knoxville, West Liberty (Iowa) a couple times,” Kay said of Birkhofer. “But I don’t know if I’d really call it racing against him. It was more just being there.”

The link to pair Kay with Birkhofer was Birky’s last chief mechanic, Zach Frields, a native of Davenport, Iowa, who is now part of Kay’s racing effort. Frields works at the Gheer’d Up shop — a burgeoning MasterSbilt Race Car distributor co-owned by Kay and his father Ricky, Tyson Gheer and Scott Fitzpatrick — and helps the Kays tend to their farming enterprise that includes over 4,000 acres of corn and soybean fields and a grain elevator.

“Zach probably had the most to do with (bringing Birkhofer aboard),” Kay said. “They stayed in touch real well, we all got talking and we worked something out.”

Kay’s father brokered the deal with Birkhofer and his wife, Alyssa, that ultimately lured Birkhofer out of retirement. The decorated national star, who has declined all interview requests since news of his return to the cockpit broke because he modestly wants to keep himself out of the spotlight, had received several ride offers since liquidating his race team’s assets and sitting out the 2015 season but rebuffed them all until Kay and Co. came calling.

While Kay and the Gheer’d Up clan have only a relative modicum of history with open-motor Dirt Late Model action, Birkhofer obviously saw the team as a perfect fit to bridge the gap between his new, more family-oriented life and his still-percolating racing desires. Birkhofer will certainly have solid equipment at his disposal — Kay’s father has obtained a new engine built by Vic Hill and sponsors have been lined up to fund the assault — but, just as important, he’s stepping into a low-pressure situation. Birkhofer has made no commitments to run any races beyond this weekend’s Thaw Brawl, which includes a $5,000-to-win preliminary on Friday night and a Saturday-evening finale boasting a $15,000 top prize, and the team isn’t pressing him about the future.

Gheer’d Up is leaving a seat open for Birkhofer whenever he’d like to sit in it. If he settles in and gets comfortable at La Salle — a quarter-mile oval where he has enjoyed success in the past, including a $10,000 victory in the 2013 Thaw Brawl — they just might continue racing together and hit perhaps a dozen special events in 2016.

“We’re kind of playing everything by ear,” Kay said. “Hopefully we all have fun doing it and can keep doing it for a while.”

Forging a season-long relationship with Birkhofer would undoubtedly be a boon to both Kay and Gheer’d Up, which launched in November 2014 in shop space on the Kay family’s farm. Kay’s fortunes have progressively risen since 2012 when he obtained the mechanical assistance of the 35-year-old Gheer (he’s won 80 features over the past three years — 31 in ’13, 20 in ’14 and 29 in ’15 — using a spec engine) and Gheer’d Up has been steadily growing (its client list now exceeds a dozen), but both driver and business need Super Late Model experience to gain more notice.

Enter Birkhofer, who might have been out of the game for the last year-and-a-half but hasn’t forgotten the information stored in his brain from two decades of action.

“He just has an endless supply of knowledge,” said Gheer, whose Dirt Late Model resume includes stints turning wrenches for such Iowans as the late Johnny Johnson and Brian Harris. “Working with (Birkhofer) will definitely help Justin and us as a business on the other side of it as well. It will help us get more knowledge in the open-motor area. We’ve been pretty successful in IMCA land, but it’s a whole different world when you start running with them other guys (in open-competition events).”

Though Kay’s duties at the family farm prevent him from hitting the road extensively to chase major Super Late Model events — especially during the busy planting and harvest seasons in the spring and fall — he would certainly like to broaden his horizons by tackling more open-motor shows. He has plenty of room for improvement in that area. Running only a handful of open-competition events each season, his greatest success came during 2013’s winter action in Arizona when he finished second in the opener at Central Arizona Raceway in Casa Grande and tallied three other fifth-place finishes (one at Casa Grande, two at USA Raceway in Tucson). The only Super Late Model victory of his career is an August 2013 Corn Belt Clash score at Cedar County Raceway in Tipton, Iowa — with a spec engine under his car’s hood, however.

With the Vic Hill powerplant he used in a handful of open-competition events last year being freshened to bolt into his own MasterSbilt car periodically and some guidance from Birkhofer, Kay is hopeful of achieving better results this season on a bigger Dirt Late Model stage.

“I can hopefully learn some things (from Birkhofer) that will make myself better,” Kay said. “No matter what I do, I’m gonna keep learning, but this deal might speed it up a little bit.

“I haven’t run too many (open-competition races) and it seems like I’m not very good at it,” he continued. “IMCA, we’ve kind of got that figured out, so the next step is to go to the open-motor stuff. We were headed there anyway this year, so now this deal with Brian will push us more in that direction. I’ll probably do even more than I was thinking about doing now … or maybe not. Maybe we’ll just race one car with Brian and that’ll be it. I don’t know for sure yet. We’ll have to see how things go.”

Kay doesn’t plan to pursue a fourth straight IMCA Late Model weekly racing championship, which requires winning a track title (he captured the points at Iowa’s Dubuque Speedway last year) to contend for a crown that paid him $5,500 in 2015. He also is uncertain about making a run at a third consecutive Deery Brothers Summer Series championship.

“I got a little girl at home now, so I don’t want to have to go somewhere to race,” said Kay, whose wife, Megan, delivered the couple’s first daughter, Kayleigh, 11 months ago. “I think we’re gonna try some other stuff this year, go where we want to go and race when we want to race.”

Kay has sketched out a tentative schedule of more than 40 races comprised of spec- and open-motor Late Model events and some open-wheel modified shows. He plans to open his season with the $5,000-to-win Deery Brothers Summer Series event April 8 at Davenport (Iowa) Speedway, and his first open-motor appearance will likely be a MARS-sanctioned event April 15 at Davenport.

Those races are in the future, though. The immediate focus for Kay is working on Birkhofer’s car in the pits at La Salle — again, an endeavor that Kay will relish because of the impact it could have on all his racing to come.

“I wasn’t too concerned about going to La Salle to race,” Kay said. “I never really planned on going there myself. Being the first night out with Brian, I kind of wanted to make sure everything goes as smooth as can be … just get a feel for how everybody is with each other and take some of the stress away by concentrating on the one car.

“We’re just trying to get the best people around us to be the best,” he added. “We’re not as good when we go run the open (motor) stuff — I mean, sometimes I feel like I’m in the way. I’d rather be up front with them, but I gotta figure out what I need to do to get up there with them. Hopefully we’ll take a step in that direction working with Brian.”