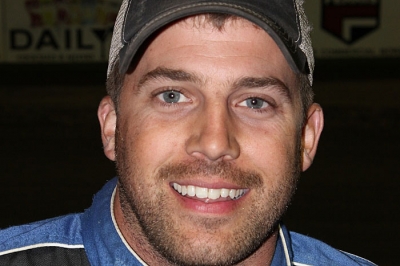 When some of the best Dirt Late Model racers gather for Saturday’s World of Outlaws Late Model Series event at Brighton (Ontario) Speedway north of the border, a handful of Canadian drivers will challenge three-time champions Josh Richards and Darrell Lanigan along with other standout drivers in the Dibbits Excavating and Vanderlaan Building Products Mud Slinger 50 presented by Excel Tower Service.

Hometown driver Phil Potts, Andrew Reaume of Blenheim, Jorden Peters of Fort Erie and Corey Earl of Picton are among Ontario drivers planning to compete in the $10,000-to-win event.

Earl, who normally competes in Brighton’s Crate Late Model division, has upgraded powerplants in his Hotch’s Auto Parts No. 11 for the big event. Earl finished 16th against in WoO action at Brighton in 2013.

“I always like it because it’s kind of David vs Goliath thing for us. We want to defend out home turf and put on a good show,” Earl said. “The ultimate goal is to pick up a big $10,000 cheque, but I’d love a top-10 and a top-five would make me ecstatic.”

Potts also put a bigger engine in his Vanderlaan-sponsored No. 29. Potts, who finished 13th Thursday against the Outlaws at Fonda (N.Y.) Speedway, says his team hopes to have fun against the national tour without the pressure of points racing.

Both Potts and Earl are on the same page for setup and handling the extra power.

These cars were designed to hold 700-800 horsepower. The cars are, believe it or not, a little more forgiving with more horsepower because the more throttle you give them the more traction they generate,” Earl said.

“It’s got so much horsepower that you can take an ill-handling car and rear steer it. It actually works better,” Added Potts: “I think it’s almost a little less adjustment, but you have to pay more attention to burning the tires off of it.”

Reaume, a veteran of open-competition engine racing, finished ninth against the Outlaws at Brighton in 2013. The driver of the No. 88 has faced many of the same drivers in frequent competition at the biggest events at Ohio’s Eldora Speedway.

“Last time, I qualified well and that put me on the front row for a heat,” Reaume said. “With this level of competition, you have to be good right out of the gate. Our plan is to be aggressive early.”

Peters hopes to make his first career start against the Outlaws as well. A regular at Humberstone Speedway in Port Colborne, he’s doing to stick with his usual Crate Late Model in battling the Outlaws.

“I’m pretty excited to race against guys like Josh Richards and Darrell Lanigan,” Peters said. “Hopefully we can make the race and be able to race with them.”

Potts, the driver for the Stu and April Archer-owned team, believes time trials may be one of the most difficult aspects for most drivers who have not faced that task in 2015.

“They put you out with two other guys who do this for living. You better be on your A game,” Potts said.

Reaume stressed the importance of time trials as well.

“The top time to the 20th time is probably only going to be separated by a couple of tenths. One screw up could put you from the front row to the back row,” he said.

The task during time trials will be significantly more difficult for the drivers who will attempt to qualify with crate motors.

“We’ll try not to lift,” Peters said. “That’s the only way we’ll be able to keep up with the open motor guys.”