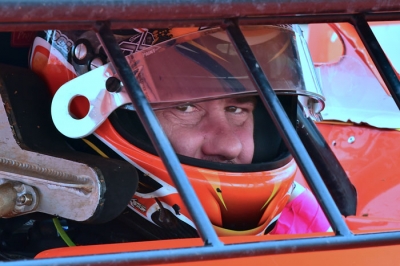 A driver-by-driver look at off-season announcements and plans made regarding race teams, chassis changes and new touring plans for 2015 (listed alphabetically in each section; email additions to todd@dirtondirt.com):

Neil Baggett: After making a handful of starts a Chris Smith-owned entry at the end of 2014, the 31-year-old Shannon, Miss., driver plans a full-season run for the Brewton, Ala., logger in 2015 starting with Florida Speedweeks. Baggett will pilot a Jay Dickens-powered Barry Wright Race Car.

Brian Birkhofer: The Muscatine, Iowa, driver and two-time World 100 winner has sold off equipment after announcing he was stepping away from the sport before his $40,000 Knoxville Nationals victory at his home-state Knoxville Raceway.

John Blankenship: The Williamson, W.Va., driver’s plans are up in the air after his father Don shut down the Number 23 Inc. at a Dec. 13 meeting with Blankenship and crew chief Tom Buckingham.

Steve Casebolt: The Richmond, Ind., driver formed a new partnership with Tye Twarog of Coshocton, Ohio, who formerly fielded cars for Shane McLoughlin. The pairing will bring Casebolt to more Ohio events besides his other Midwestern haunts.

Cory Dumpert: The 25-year-old, York, Neb., driver, winner of 31 races over the past two seasons primarily at Junction Motor Speedway, will pilot the H&H Racing entry of Giltner, Neb.’s Rick Hunnicutt in 2015. Justin Gregg of Hastings, Neb., drove the H&H car the past two and a half seasons.

Jason Fitzgerald: The Middleburg, Fla., driver is expanding his role with GRT Race Cars in a second house car for the Greenbrier, Ark., chassis builder. Along with running the Southeast, Fitzgerald will make occasional starts as a teammate to current house car driver Jeremy Payne of Springfield, Mo.

Al Humphrey: The Giltner, Neb., veteran plans to drive his own car more with Travis Dickes of Madison, Neb., scaling back to compete in Humphrey’s No. 6 less often after a season-long run on the Lucas Oil Midwest LateModel Racing Association.

Keith Jackson: After winning six races in 18 starts for Bruce Kane Racing in 2014, the 24-year-old Odenton, Md., driver will pilot a car for Ernie Davis in 2015. The Ernie D’s Enterprises team will field an MBH-produced MasterSbilt Race Car with Leggett powerplants and additional support from Dale Beitler’s Reliable Painting.

Jason Jameson: After limited starts while crewing for Darrell Lanigan the past three seasons, the 29-year-old Lawrenceburg, Ind., will run a second car for Lanigan Autosports in 2015. His race schedule hasn’t been determined.

Donald McIntosh: After a successful tryout in the Maryville, Tenn.-based Blount Motorsports ride in the final months of 2014, the Dawsonville, Ga., driver slips into the seat permanently to replace Billy Ogle Jr.

Todd Morrow: The 29-year-old Chattanooga, Tenn., driver, the runner-up on the Southern All Star circuit, will pilot a Super Late Model for Gadsden, Ala.-based Tommy Pope and Joey Phillips in 2015. The Pope-Phillips team has fielded cars previously for Ray Cook, Ronnie Johnson and Dingus Griffin.

Earl Pearson Jr.: The 42-year-old Jacksonville, Fla., is moving back to the Dunn-Benson Racing team that sold out to Bobby Labonte Racing when Pearson went to that team in 2007. The Dunn-Benson team of Carlton and Kemp Lamm revives a tradition that has previously included drivers such as Hall of Famer Rodney Comb and World of Outlaws driver Clint Smith.

Brady Smith: The Solon, Springs, Wis., driver announced in October he was shuttering his race team with plans to retire.

Boom Briggs: The Bear Lake, Pa., driver, who ran the entire World of Outlaws tour in 2014, made a late-season switch to Longhorn Chassis after a career-long run with Rocket in preparation for 2015.

Clay Daly: The Watsonville, Calif., driver’s No. 32B will be a Warrior Race Car for the Pete Van Iderstine-owned team. He plans to debut the car at Tucson, Ariz., at January’s Wild West Shootout.

Jay Morris: The Pittwood, Ill., driver plans a move to Longhorn Chassis for 2014. He was runner-up in points at Kankakee County Speedway in Kankakee, Ill.

Eric Wells: After spending a season in a BruceBilt Rocket Chassis, the Hazard, Ky., is returning to Bloomquist Race Cars for 2015.

Cory Dumpert: Hooking up with H&H Racing (see above), the Nebraskan plans to follow the Nebraska-based Super Late Model Racing Series in 2015.

Russell Erwin: After his 16-victory season that included his first Super Late Model triumph and the I-95 Challenge miniseries title, the Beaverdam, Va., driver plans to tackle the Ultimate Super Late Model Series in 2015.

Eric Jacobsen: The 45-year-old Rio Del Mar, Calif., driver’s plans are uncertain after the loss of funding for his race team forced him to liquidate his Tennessee-based shop.

Jon Mitchell: Fresh off a SUPR championship, the Texarkana, Texas, driver hopes to use a boost in sponsorship from Murphy & Son Timber to tackle the Midwest's UMP DIRTcar Summernationals in 2015.

Billy Moyer Jr.: After running an independent schedule in 2014 (with 10 victories, including three paying $10,000), the 26-year-old Batesville, Ark., driver plans to return to the Lucas Oil Late Model Dirt Series in 2015. He was that tour’s Rookie of the Year in ’13.

Brandon Sheppard: If he gets a solid start during Georgia-Florida Speedweeks, the New Berlin, Ill., driver is considering the Lucas Oil Late Model Dirt Series.