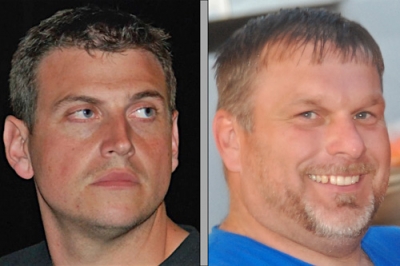 Josh Richards’s medical hiatus from the Rocket Chassis house car has left the team with a bit of uncertainty heading to Speedweeks, but the addition of a new crew member should help the team find some stability.

Veteran setup guru Randall Edwards has joined Rocket’s house car program to serve as crew chief for substitute driver Brandon Sheppard as Richards, the three-time World of Outlaws Late Model Series champion, sits out the start of the season while dealing with undisclosed medical issues. Matt Barnes, who has served as the team’s crew chief the past six years, has been promoted to general manager. | Complete Speedweeks coverage

“You’re always looking to improve the program where you can,” said Richards’ father Mark, the co-founder of the Shinnston, W.Va.-based chassis business. “Randall’s been around us a lot and he gets along well with everybody. He was the guy who we knew would be the best fit.”

Edwards brings to the team more than 20 years of experience with successful stints with Hall of Famer Billy Moyer on the highly successful Louisiana-based GVS Racing team and multiple seasons with national touring stars Darrell Lanigan and Earl Pearson Jr.

Like Mark Richards, Edwards sees the move to Rocket as a great fit for his services after working closely with the organization in past years.

“I really couldn’t be more excited about the opportunity,” said Edwards, the 39-year-old Louisiana native who has called Florence, Ky., home in recent years. “We’ve tried to make this deal happen before, but just the time wasn’t right,” Edwards said. “It just seemed like this time it was the right time. To put this deal together, I’m really excited about it.”

While the addition of Edwards should help the house car team maintain and improve its top performance on the track, it’s also a move aimed at improving the organization as a whole. With Edwards focusing on the day-to-day operations of the house car team, Barnes will be free to spend more time assisting customers.

“Randall’s going to be the crew chief on the road, and Matt’s going to be a little more accessible to our racers and their needs,” Mark Richards said. “There’s going to be a way that they can get a hold of him and talk directly to him throughout the week. That’s something we’ve never been able to do before because in the past, we’ve just been too busy.

“Basically, we’ve hired Randall to take some of the crew chief duties away from Matt so he can work with the customers a little more. We’re trying to get it where we can run both business parallel to each other.”

While he’ll still get plenty of chances to join the team on the road, Barnes, the 32-year-old West Virginia University engineering graduate, is looking forward to using his knowledge and experience to help Rocket Chassis drivers around the country.

“I’m going to miss not being at all the races, but it’s exciting to doing something a little different,” Barnes said. “We want to be able to help our customers more without it taking away from the race team, and that’s a lot of what I’ll be doing now.

“Before, there’s been kind of a little bit of a gap between the business and the race team because no one from the business is able to go to the races that often. People when they call wanna talk to someone who’s going to the races. Our hope is that I can close that gap somewhat and service our customers better.”

Barnes will also help the house car team by serving as a substitute crew member to relieve other members of the team during long trips away from home. That aspect of the team’s new alignment is just part of what Barnes believes will improve the entire Rocket Chassis organization.

“It’s easy to get wore down out there,” Barnes said. “When they go out on a long trip and we feel like someone needs a break, they can come back and I can go out and replace them for a few races — like substitutions or whatnot.

“I just think it’s a good thing for us all around — good for the team, good for the business and good for our customers. Hopefully, it just makes everything even better.”