Medical issues will keep Richards out of race car 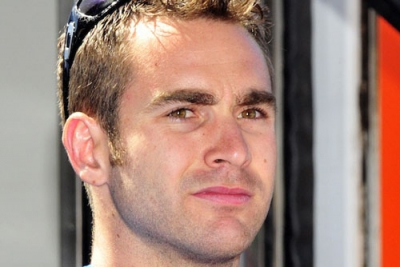 Brandon Sheppard of New Berlin, Ill., who has served as a substitute for the 25-year-old Richards in the Mark Richards Racing No. 1 the past two seasons, will be in the familiar blue Rocket when the WoO season opens Feb. 14 at Bubba Raceway Park in Ocala, Fla.

"It's not easy to watch from the sidelines for the start of the season, but I hope to have these issues resolved quickly and get back in the car as soon as possible,” the Shinnston, W.Va., driver said in a team release. “I still plan to be involved with the race team and I have full confidence in Brandon. I know he will do a phenomenal job in my absence.”

The team released no details of the medical issues, but team publicist Andrea Cleveland told DirtonDirt.com that Richards was advised by physicians not to climb back behind the wheel until further tests were completed. The team plans to release additional information about the condition of Richards as soon as it’s available, she added.

Sheppard, who plans to test Monday with the Rocket team at Volusia Speedway Park in Barberville, Fla., owns two national touring victories while driving the Rocket Chassis house car. He won on the World of Outlaws tour Sept. 13, 2012, at Belle-Clair Speedway in Belleville, Ill., and captured last season’s Lucas Oil Series-sanctioned Dirt Track World Championship at Portsmouth (Ohio) Raceway Park. The Portsmouth victory came in his previous start in the car and paid a career-high $50,000.

According to World of Outlaws rules, because Richards was a full-time driver in 2013 to earn series travel benefits, he’s eligible to earn 60 hardship points for each race he misses because of the medical issues.

Additionally, according to WoO publicist Kevin Kovac, even if Richards misses too many events to remain alive to win the WoO title, Mark Richards Racing can still compete for the WoO Owner's Championship by combining points earned by the drivers piloting the Rocket house car.