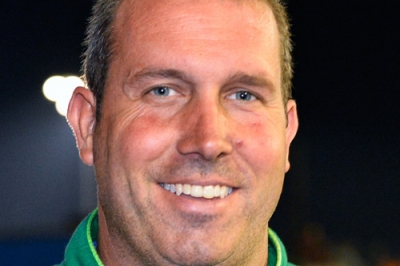 Making a key off-season change for the third time in four years, former World 100 winner Shane Clanton has left Kennedy Motorsports with plans to field his own race team for the first time in 12 years.

The 38-year-old driver from Zebulon, Ga., third in World of Outlaws Late Model Series points each of the past two seasons, told DirtonDirt.com about his plans Saturday at the Performance Racing Industry Trade Show in Indianapolis, Ind.

“As of Thursday, me and John Kennedy decided to part ways and go our separate ways,” Clanton said of his former team owner, who launched the National Dirt Racing League last season. “He’s interested in a series and I’m interested in racing, and us two together, I wanted to go one way and he just wanted to go another.”

Kennedy, who has also fielded cars the past 18 months for WoO regular Tim Fuller of Watertown, N.Y., downplayed trade-show rumors of difficulties between the two, saying there was “no animosity” in the split.

“Shane and I are buddies, I love him like a brother, we’re going to remain friends. I’m going to help him as much as I can,” Kennedy said. “He’s trying to build something for himself … it’s been his goal his whole career to own his operation, and I want to help him get there and we’re working on a plan for that.”

Clanton plans to traveling nationally next season, but said his exact plans aren’t determined. He may launch his team next month at NDRL-sanctioned action in Tucson, Ariz., or wait until World of Outlaws events at Georgia-Florida Speedweeks.

“As of right now, we’re going forward and going to race next year,” Clanton said. “We’re just going to have to do it on our own out of own pocket, so we need to find some sponsors to come on board and help us do a full racing deal. Right now, we’re definitely going to do a traveling deal. ...

“We’re just going to do it on our own and keep the same stuff that we had and the same motors and just go from there.”

Whether he’ll remain a WoO regular, “we’ll just have to see how Florida goes. We may be in Arizona, we may not,” Clanton said. “We’ve got two weeks to decide what we’re going to do here. It’s going to be a long two weeks and we’ve got a lot of pencil to put to the paper and make sure we can do this.”

Clanton last fielded his own team when he moved into the Late Model division in 2002, but said he’s largely managed operations under Dobbins and Kennedy’s ownership the past 11 seasons.