Notes: Marlar moves on after split with Bryson 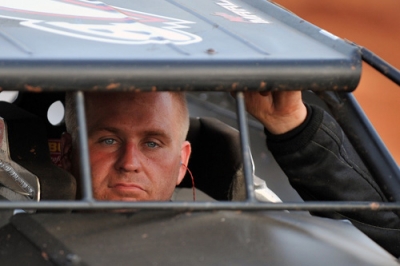 Mike Marlar of Winfield, Tenn., has nothing but positive things to say about former car owner Norman Bryson after their decision earlier this month to dissolve their racing association.

“It was just a mutual thing,” said the 35-year-old Marlar, who is limited from full-time racing because of commitments to his family’s salvage yard. “He was only doing it for me, and I didn’t have the time to put to it all the time. So it was kind of one of them deals.”

In more than two years driving for Bryson, Marlar clicked off several big victories, including a worst-to-first $25,000 triumph at 2012’s Hillbilly 100 at I-77 Raceway Park in Ripley, W.Va., and a preliminary feature victory at least season’s Lucas Oil Late Model Knoxville Nationals in Iowa.

“He’s been excellent and he’s let us give us our freedom and let us use his equipment, no questions asked, do what we want to do ... you don’t get many opportunities like that, and you never really want to walk away from one, but also it’s a balance of what’s fun and what’s important,” Marlar said. “Everybody has to walk that line, everybody’s got a different situation. So I’m fortunate that racing’s not all I have.”

While Bryson sold out Marlar’s equipment after putting it up for sale just four days earlier, he’ll continue a partnership with Mississippi driver Eric Cooley. Marlar has already explored other options, including making a guest appearance in the No. 1w car normally driven by Florida driver Dillon Wood. Marlar plans to use his familiar No. 157 in making a few late-season starts for car owner Ronnie Delk of Jamestown, Tenn., who fields Michael Asberry’s No. 360 Cornett-powered Rocket Chassis.

But any racing will be balanced with helping his father David and brother Skylar with the family businesses.

“I’ve been fortunate,” Marlar said. “I’ve gotten to race all these years and do what I want to do and my dad, we have a salvage yard and a car lot, and it’s me and my dad and my brother that pretty much run it all, and they’ve been more than generous to let me take off and go race when I want to go racing, so I have to spend more time with that and make sure  ... I have to start putting more of an effort to that than I have been.

“I’ve devoted my life to (the salvage yard). I’ve been there since I was 8 years old, helping out ... doing whatever Dad made me do, weed-eating or whatever. That’s my future. It’s my salvage yard. He’s just waiting for me to step up and take it over.” — Todd Turner

FALL CLASSIC COMING UP AT WHYNOT: The richest Super Late Model event of the weekend is set for Oct. 25-26 at Whynot Motorsports Park near Meridian, Miss., for the 19th annual Coors Light Fall Classic, and unsanctioned event paying $15,000-to-win. Last year’s winner Don O’Neal of Martinsville, Ind., is expected back for Louisiana-based Childress Racing while another former winner, Brian Birkhofer of Muscatine, Iowa, will pilot a car for the Haughton, La., team of Ray Moore. Other drivers expected are Morgan Bagley, Chris Wall, Jack Sullivan, Clint Smith and David Breazeale in gunning for a race that carries a total purse of more than $55,000. Eric Cooley has a guaranteed starting spot after capturing Oct. 19’s Prelude to the Fall Classic at Whynot, topping Bub McCool. For more details, visit whynotmotorsportspark.com. — Ben Shelton

PENNSYLVANIA DRIVER RETIRING: With the Sweeney Chevrolet-Buick-GMC RUSH Series wrapping up its season Oct. 25-26 at Lernerville Speedway, former Steel City Stampede Crate Late Model winner Butch Lambert of Valencia, Pa., plans to wrap up his racing career. “This decision has not been an easy one," said Lambert, a 22-time Lernerville stock car winner and three-time champion, "but we have always said that when it stops being fun, we would stop, and that time has come. Racing has provided us with so many amazing opportunities over the years, and we wouldn't trade these experiences for anything; however, all good things must come to an end.” Lambert has clinched the third spot in RUSH points behind Ryan Montgomery and Mike Pegher Jr., who will settle the tour title at the $2,000-to-win season finale. — From series reports