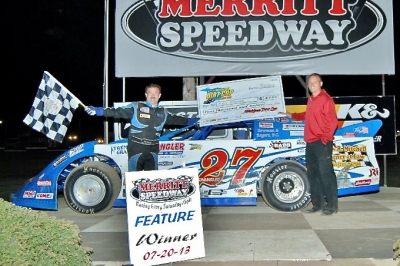 Spangler took the checkers ahead of series title contender J.R. Hotovy of Covert, Mich., while Rich Neiser of Fruitport, Mich., the winner of Friday’s $1,500 prelim, was third.

Spangler’s victory was his second of the season on the Michigan Dirt Cup and third of his career on the 2-year-old circuit.