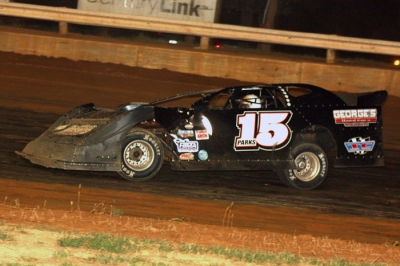 BEDFORD, Pa. (July 14) — Matt Parks of Three Springs, Pa., won from the pole position Sunday at Bedford Speedway to pick up $3,000 in the rain-postponed Milt Miller Tribute. The 35-lap victory was the second of his career on the Three State Flyers circuit.

Parks, who previously won on the series at Bedford in last year’s season opener, took the checkers in a race postponed by rain midway through the July 5 program. Twenty-two of the original 33 entrants returned.